EleFact Friday: Of Mice and Elephants 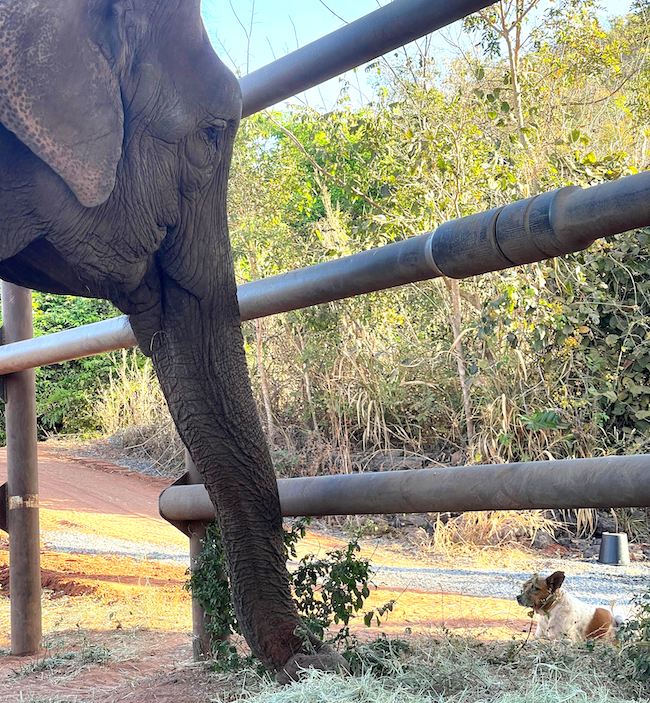 Happy Friday – EleFact Friday! Today we’re addressing another myth that we’ve probably all heard: are elephants really afraid of mice? Dr. Trish touched briefly on this in her AMA blog, but never really explored the myth in depth. From biblical stories to children’s movies, this idea has been historically perpetuated. The theory is that mice could climb into the trunk of an elephant or chew on their feet, causing feelings of fear or startling the elephant. However, this has never been proven to be true.

If an elephant were to ever encounter a mouse and be spooked, it would most likely be due to just the quick-moving scurry of the mouse. Mammals of all sizes (humans included) are known to be startled by something small moving very quickly. However, in the wild, this occurrence may be more normal for elephants because they encounter other small creatures, so being scared may be less likely. As we’ve shared before, eyesight is not an elephant’s strongest anatomical trait, which can lead to some uncertainty when it comes to any scurrying near their feet or on the ground, but it doesn’t suggest fear.

We’ve talked before about bee hives being used as elephant deterrents to prevent human-elephant conflict, so there are some creatures out there that elephants don’t seem to enjoy. As far as the sanctuary elephants at ESB go, there doesn’t seem to be much that startles them at this point. However, when Rana first arrived at sanctuary, we heard her make some unusual noises on several occasions, only to find her face-to-face with a tapir; it seems she’s gotten used to them by now. We’ve shared photos and stories about run-ins with tapirs, dogs, and other wildlife on the property, and the elephants tend to be unfazed by all of them. While our dogs are well trained on how to behave around elephants, the elephants have also adapted to the dynamics of the pups as well. Like people, every elephant may react differently. But generally, if the elephants here at Elephant Sanctuary Brazil are scared of anything, it’s probably just another elephant friend sneaking up on them.

Photo of Lady, showing that the elephants here certainly aren’t fearful of dogs.

Your ticket for the: EleFact Friday: Of Mice and Elephants

EleFact Friday: Of Mice and Elephants