EleFact Friday – The Buzz About Coexistence 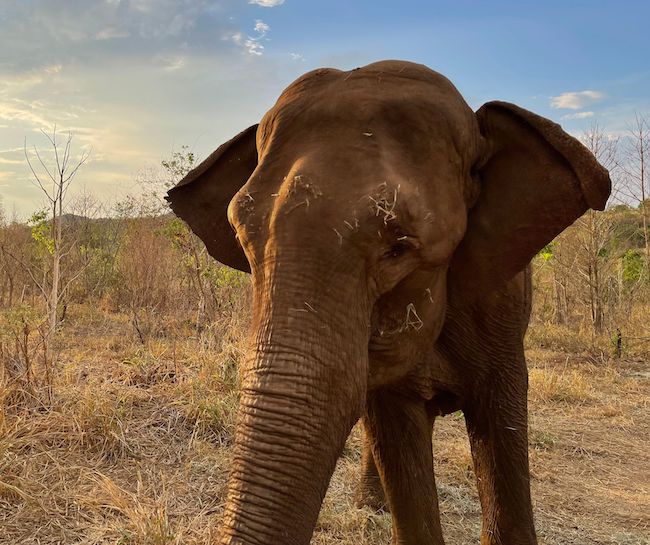 Happy EleFACT Friday. There have been several studies in the news lately about how bees can be used to aid in elephant and human interactions in the wild. Is it true that something as simple as a honey bee can scare an animal as large as an elephant? Today we’ll take a closer look.

In rural communities, there can be conflict between humans and wild elephants. Both groups require significant space and resources. Conservation groups are always looking for safe and ethical ways to protect crops and human communities without harming herds of elephants. Here’s where the bees come in: zoologists have found that honey bees can act as a natural deterrent for elephants that get a little too comfortable invading crops. Stringing beehives between fence posts around the boundaries of crops on farms may seem like a simple method of keeping elephants out of farming areas, but it’s been found to be effective in parts of Asia and Africa. Not only do the bee fences increase crop pollination and honey production, but it helps meet the overall goal of allowing rural farmers and wild elephants to coexist peacefully.

Although we can’t be totally sure as to why elephants are scared of these insects, we can definitely make some educated guesses. Honey bees release pheromones when they sense a threat, acting as a natural alarm that signals the rest of the hive to attack. As humans, we don’t have pheromone receptors, but elephants can detect these chemical cues that the honeybees send out. The more obvious reason that elephants may steer clear of bees is simply because they don’t want to be stung. Although elephants are covered in very thick skin on most of their bodies, soft tissue around their eyes, mouths, and in their trunks would be quite exposed to a swarm of stinging bees

As far as the elephants at the sanctuary, they don’t seem to be bothered by these stinging insects. There are some trees on the property here that flower for a few days at a time and usually become absolutely covered in bees, wasps, and the like, and the girls don’t seem to be scared or go out of their way to avoid those certain trees.

Photo of Mara, having a bit of fun with some hay

Your ticket for the: EleFact Friday – The Buzz About Coexistence

EleFact Friday – The Buzz About Coexistence