It has been a little while without a Mendoza update, but as everything with sanctuary, that doesn’t mean there isn’t anything going on behind the scenes.  One of the things we knew would have to happen before we could relocate any of the Mendoza elephants was positive reinforcement training. This is because all of them will have to undergo a mandatory 30-day quarantine (at their facility), which will include required testing. All elephants will need to submit a trunk wash and blood sample, along with receiving vaccines. None of the elephants have been trained for any of these behaviors.

Training is an art form, and we don’t say that jokingly. Anyone can call themselves a ‘PC trainer,’ but for us the word positive is key. Many trainers still have an air of dominance; use negative tones and other methods that truly aren’t positive. With how protective we are of elephants, even those not at sanctuary yet, we are very selective about who we allow around them; even more so when it comes to elephants with dark pasts and who struggle with understanding mutual respect.

Karissa’s career with positive reinforcement training extends 16 years, with nine of those working with elephants. She came recommended through a friend, but that didn’t stop us from asking her a ton of questions and watching videos of her working with elephants to make sure she was a good fit. With this being the Mendoza4’s first glimpse at how future life will be different, relationships and respect were more important than results. Luckily, we get both. 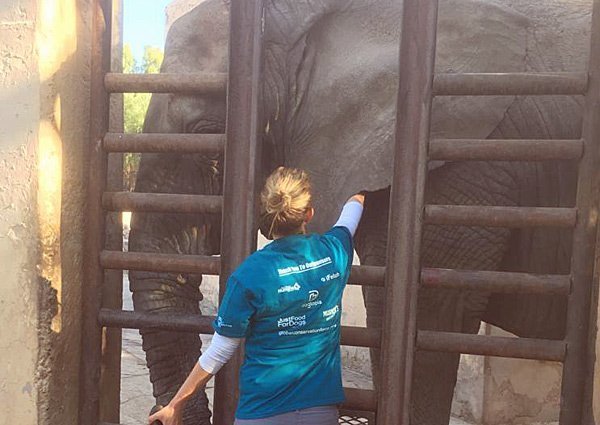 If you watch the video of Karissa working with Kenya she has an easy way about her and the elephants respond very positively to it. Kenya likes to throw things, she’s not known for her tolerance (understandable), but has been a total gem and is brilliant of course. Karissa started working with Kenya first because her training wall was already built. Two of Pelusa’s caregivers from the La Plata Zoo came to work with Kenya a few weeks before Karissa’s arrival because of her tusk that grows through her skin.

WORKING WITH THE MENDOZA ASIANS

While Karissa was able to work with more traditional training with Kenya, she also got to know Pocha, Guillermina and Tamy. Without a training wall initially built in their yards, she was able to do some basic staging and start working with separating Pocha and Guillermina in preparation for their travels, initially just on opposite sides of their outside space. And wonderfully, Karissa has a soft spot for Tamy, who is an elephant that is overdue for some special attention and love.

The Mendoza rescue was always going to take time. With both species and gender of elephant, three separate habitats need to be constructed to rescue all four elephants. Although these habitats cost far lest to construct than they would in other places, it is still a very tall order.

While there is a lot of work to be done for their rescue, everyone involved will gladly continue to do what is needed to make it happen. 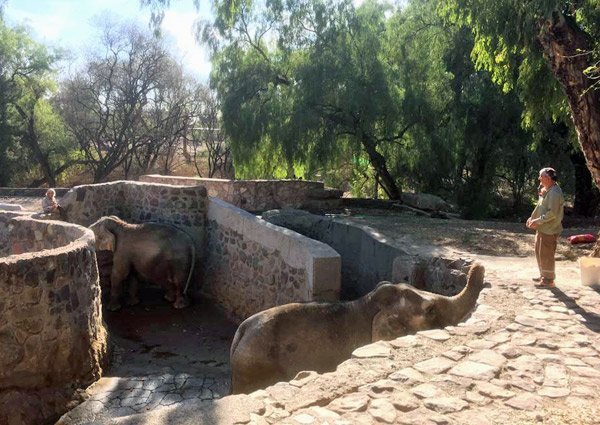 Pocha and Guillerminat at the Mendoza Zoo 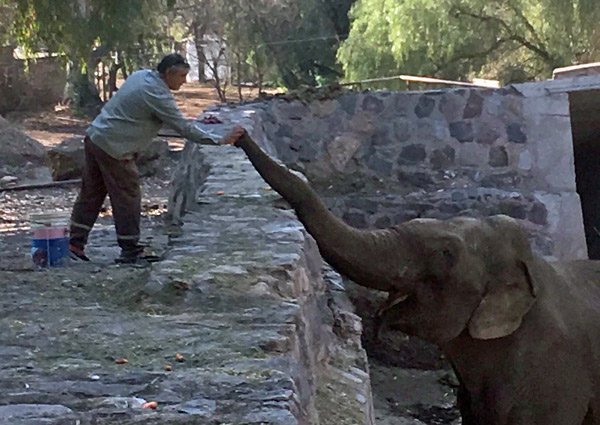 Tamy at the Mendoza Zoo 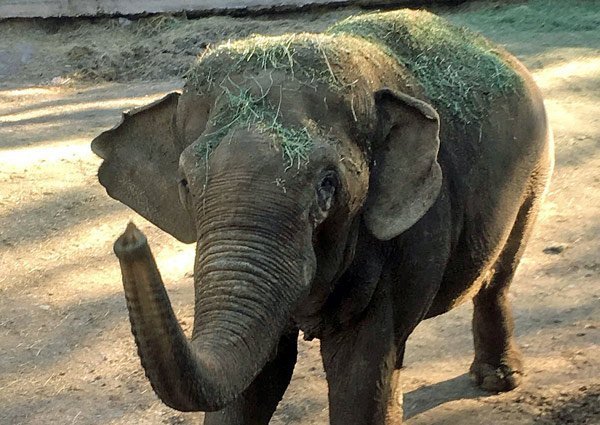 Tamy at the Mendoza Zoo

Your ticket for the: Mendoza Update