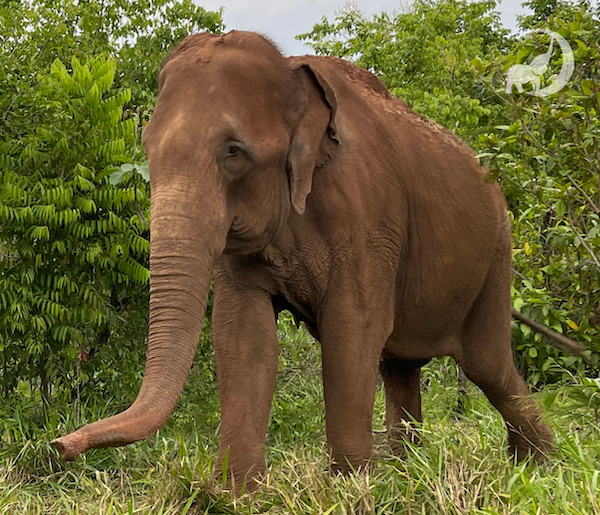 By bringing you EleFACTS every week, we get to share knowledge with our wonderful supporters about the scientific and biological aspects of elephant bodies, behaviors, and adaptations. While we consider ourselves pretty experienced in the field, we’re always learning, either from being out in the habitats with the sanctuary elephants or from the studies and research of others. Today we want to talk about an article that was recently released that increased our elephant knowledge.

The Smithsonian Magazine published a piece this week detailing the research of a team from the Humboldt University of Berlin who have studied the elephant facial motor nucleus. This part of the brain controls the muscles in the face, including the dexterous and capable trunk. The team found that elephants possess more facial neurons than any other land mammal, most certainly contributing to the skills of their trunks. For comparison, elephants have six times more neurons in the musculature of their faces than humans.

In their studies, the team examined the brains of four Asian elephants and four African savanna elephants. They discovered that about half of elephants’ facial neurons are dedicated to the trunk, and the brain cells controlling the tip of the trunk’s movement are larger than those associated with the parts of the trunk that are closer to the face.

Looking at the two species, researchers found that each used their trunks differently, which they could see reflected in their neurological makeup. As we’ve talked about before, an Asian elephant has one prehensile finger at the tip of the trunk, while African savanna elephants have two. The African elephants use the two ‘fingers’ to hold items, where Asian elephants wrap their entire trunks around objects to move them. They found that the African elephants have more prominent neuron clusters for control of those muscles in the tip of the trunk.

It seems that no matter how much we learn about these fascinating beings, there is always more to discover about their mighty sizes and even mightier abilities.

Photo of Rana and her magnificent trunk

Your ticket for the: EleFact Friday: Extraordinary Elephant Faces