Wildfires and the Elephant Sanctuary Readiness 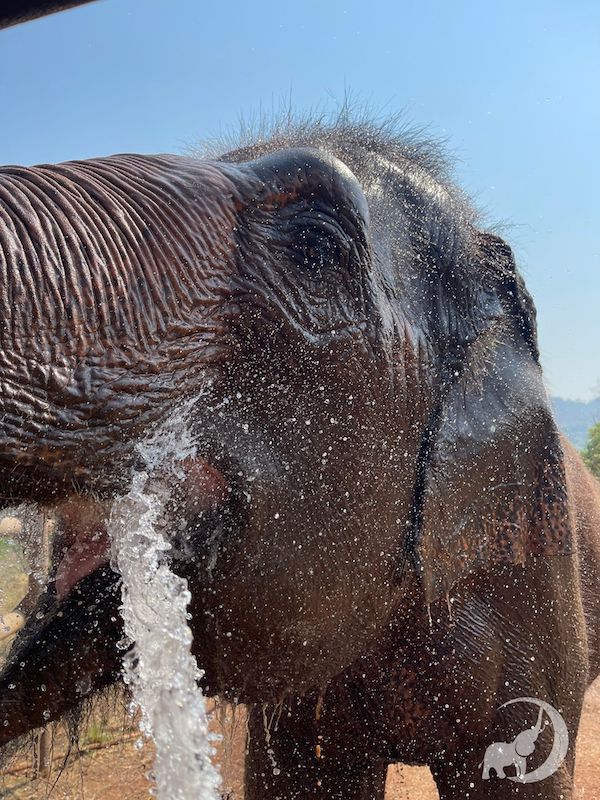 We are at the very end of the dry season, which goes hand-in-hand with fire watch. Two years ago, a fire reached the sanctuary, destroying about 80% of our land, but we are as prepared as possible for any inevitable fires that will come close. Part of that means putting in extensive fire breaks, which is a gap in organic material that should prevent the fire from being fed and expanding. That includes bush hogging the grass down, removing vines, long grasses, and anything else that could potentially cause a fire to spread.

For those who have seen the California wildfires in the US, these are a very different kind of fire. They are low to the ground and slow moving – though they can have devastating effects. Two years ago, major areas of the Pantanal, the world’s largest tropical wetland, were impacted to an overwhelming degree. The loss of wildlife and damage to wetland areas cannot be understated.

There was a fire to the west of our property a couple of weeks ago that burned itself into a corner and was slowly going out. Since then, there has been a fire to the east of the sanctuary that was closer to the local community of Rio de Casca, where many of our employees live. The sanctuary is lucky to have some exceptional neighbors (Alex Mor, Sr. Jose Eoli, and Vidal Bezerra de Medeiros) from the nearby town, who show up whenever help is needed – regardless of whether it is impacting their property or not. This fire received a response from those diligent neighbors and other residents of Rio da Casca, the Civil Defense from Chapada dos Guimarães, and two crews from the Mato Grosso fire department, who all worked through the night to make sure the fire was contained.

As far as sanctuary safety is concerned, all of our maintenance crew is certified in fire fighting. We monitor any areas of smoke or flame using the drone to help the community determine the status of potential fires. The local fire department visited the sanctuary a couple of times during the dry season, just to examine the property and make sure we are prepared; they do their best to protect us in all practical ways possible. Our generous supporters helped buy us a water tanker, which is centrally placed on the land, and a tractor, which is used to keep grasses cut low.

Of utmost importance, the elephants don’t seem to be concerned about the fires. They are protected by fire breaks all around the habitats and in the big fields that surround the habitats. We have extensive emergency plans in place. Here you can view a video that was taken during a high point in the fire two years ago and the girls were all relaxed. While they do sense our energy, they also had a calmness about them that carried through the experience.

We are grateful to have been spared so far this year, but we leave nothing to chance. Once the rainy season begins in earnest, we will be able to finally breathe a sigh of relief that the fire season has passed by for another year.

Photo of Maia having a refreshing drink of water

Your ticket for the: Wildfires and the Elephant Sanctuary Readiness

Wildfires and the Elephant Sanctuary Readiness