The Dry Season and Wildfire Preparation 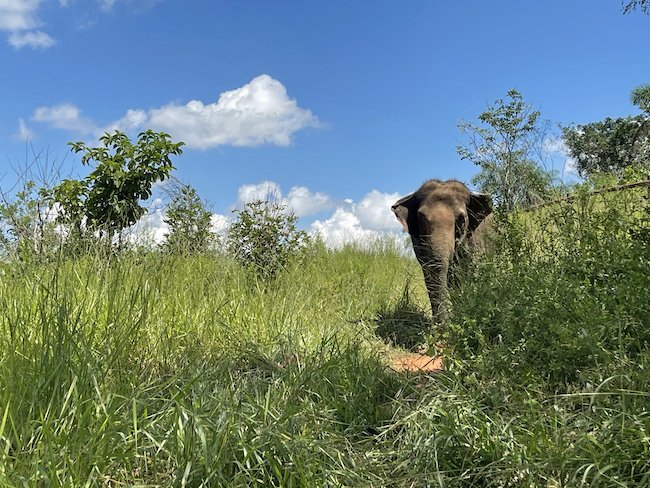 Every year, as the end of the rainy season approaches, we begin preparing for the dry season.  For us, the dry season is synonymous with fire season. Each year, we prepare extensively by creating fire breaks and mowing certain pastures, as a precaution.

A fire break is a gap in organic material that could serve to stop fire from reaching our lands and structures. This year, we have cut back long grasses, vines, and anything else that might act as a bridge between a fire and the sanctuary. We also have some dirt roads that we have expanded, both to act as breaks and to allow for fire-fighting equipment to get through, should we need them.

If a fire develops on a nearby property and risks spreading to our land, the firefighters can do a controlled back burn in these areas. Back burns stop the fires from progressing because they reach an area that has already been burned and there is no fuel to continue, so it burns out.

When the wildfire burned 80% of our property last October, we evaluated many of our processes and spent several months reflecting on what we could do differently in the future. The fires last year were the worst the region has ever seen and were stronger and faster-moving than what we – or anyone – would have thought to prepare for. Last year’s dry season was also much longer than any on record, which compounded the wildfires that devastated our area.

The rainy season this year was very wet – much wetter than last year, which is excellent. It’s still raining periodically, and everything is still green, so we are ramping up our preparations for the dry season. Once it’s fully dry here, there’s not a lot we can do without creating a fire risk, so timing is essential.

The back part of our land is so steep that it is basically a cliff and that makes it inaccessible for fire fighting measures. Simply put, last year the firefighters couldn’t get to where they needed to stop the fires from coming down the steep area. Our most challenging recent project has been building a pathway there to make it accessible.The area is rocky, which makes the process challenging, but the benefits outweigh the difficulty.

We are feeling hopeful that this season won’t be anything like last season. If it is, we have done our best to ensure the safety of our property and residents. Though we were relatively lucky last year, it is our hope that we will not face such a frightening situation in the future.

Photo of Maia, showing off one of our many lush pastures

Your ticket for the: The Dry Season and Wildfire Preparation

The Dry Season and Wildfire Preparation