Guida And The Stormy Sky 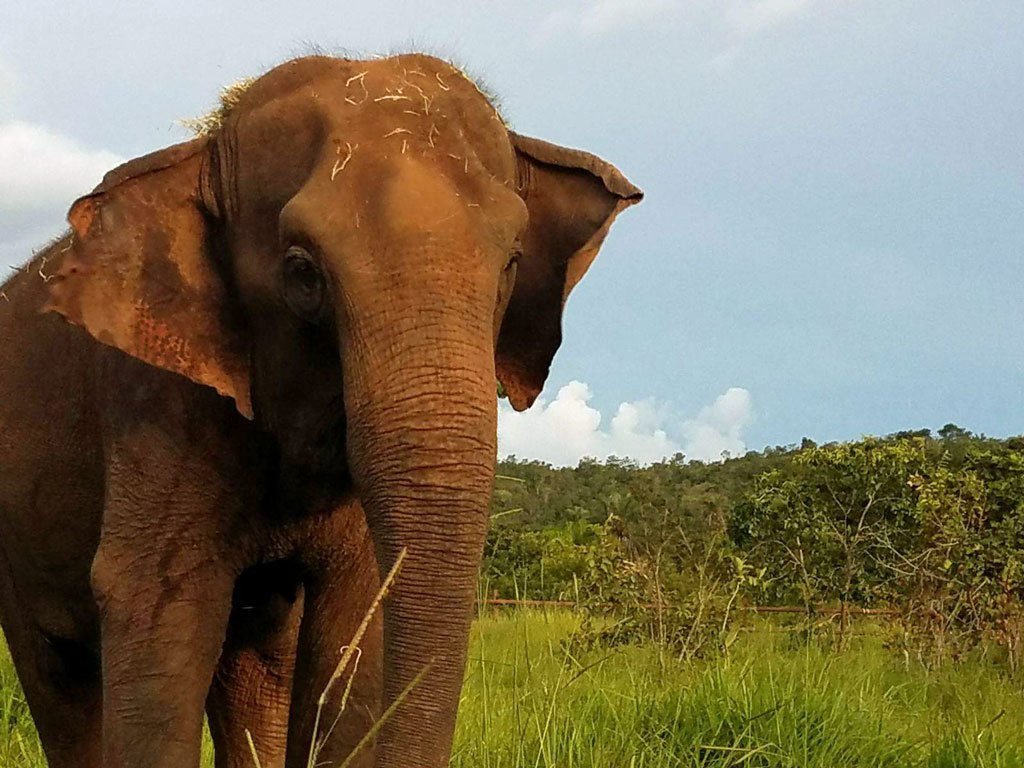 Mother nature at its finest, Guida and the stormy sky.

We often joke about elephants being smarter than their caregivers, and how the really smart ones like to entertain themselves. About 20 minutes before dinner, I was speaking to Scott on the phone at the house and could see Guida across the creek. The joke was it would be easy to find her for feed instead of having to hunt for her (which is the norm).

As our conversation was coming to a close, Guida started heading in the direction of the creek and again we joked. This time it was about her knowing we knew where she was, and that’s just no fun. So she was going to leave and make it a little more challenging. Smart elephants are good like that.

Heading out to feed Guida moments later, as I came upon the creek, there were two sets of footprints, one going across and one coming back- she had indeed left. 15 minutes later she was discovered in a completely different part of the habitat, happily ear flapping away.

Just one of the many reasons to love elephants.

Your ticket for the: Guida And The Stormy Sky

Guida And The Stormy Sky