Elephants differ from many other species of animals in the fact that they don’t have real tooth sockets. As molars are formed and worn down over time, the tooth itself passes through the jaw from back to front, in a conveyor belt fashion. When the teeth wear down, sections fall off in wafers, piece by piece. There are only four molars in use in an elephant’s mouth at any one time, but an elephant may go through six sets of molars in their lifetime. The final set typically erupts when the animal is in its early forties and must last for the rest of its life. Manatees and kangaroos also have teeth that move forward in this way. In our history with elephants, we have worked with two that had entire teeth fall out shortly after their arrival to sanctuary. This is a sign of improper tooth wear that occurred over decades. 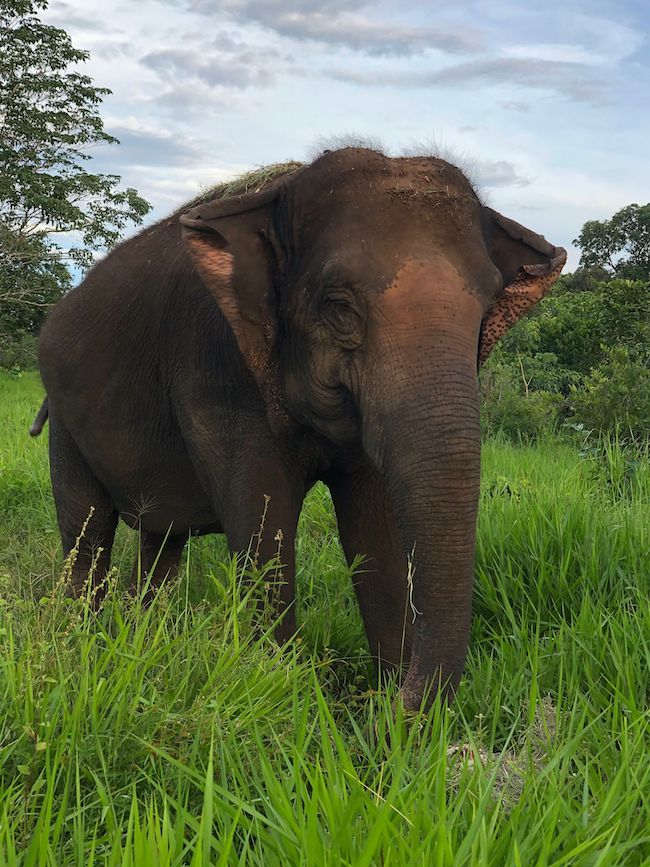 Photo is of Maia, who is hiding her teeth behind her sweet smile.

Your ticket for the: EleFact Friday: Molars in Motion