Changes in Behavior and our Growing Herd 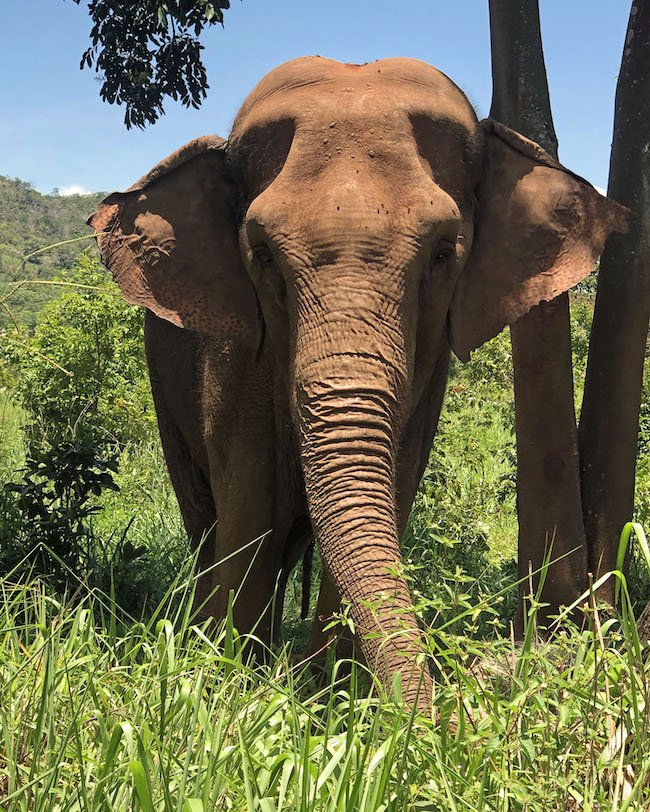 Due to her past, Bambi arrived at the sanctuary as a very insecure elephant. Her early interactions with Maia and her temporary rejection by Mara didn’t boost her confidence. We’ve seen that behavior shift in the last few weeks.

She still adores Mara and follows her anywhere (and everywhere). She is beginning to feel out her relationship with Rana a little. It’s not that they are fighting for dominance – they are both submissive elephants. It seems like they are trying to figure out where each falls within the hierarchy of their tiny herd. Their boundaries are shifting and becoming firmer. For example, Bambi will decide Rana can’t “share” her hay, which she will communicate clearly to Rana primarily by facial expressions. We will also sometimes see Bambi quickly turn her head and square off her body. Rana doesn’t respond to the posturing. In addition to being somewhat submissive, Rana is incredibly laid back. It takes a lot to phase her.

This behavior is very normal. Maia and Guida did this same thing intermittently for about six months before settling into their positioning. Mara and Rana also did this except, unlike Maia and Guida, Rana just didn’t seem to care. Mara isn’t as docile as Rana, but it never escalated. Mara has pushed and nudged Rana, and Rana ignored it. After Rana repeatedly didn’t respond to Mara, Mara reverted to being more passive again.

It’s all very subtle – if you didn’t know what to look for, you likely wouldn’t see it. This working out of power dynamics happens with most elephant introductions – even ones that go as well as theirs did. Things are more likely to escalate in smaller spaces, such as zoos and circuses. The area here is large enough that the elephants can figure out their places passively; an elephant can walk away, and resources aren’t limited. While we provide a limited amount of hay, our habitat offers unlimited grazing. Additionally, if you get annoyed with your “roommates,” you can go graze out of sight for a few hours. There are multiple water sources for drinking and playing. These aren’t options in most zoos due to the small space, which creates real (or perceived) competition for resources.

Rana and Bambi have only had a few quiet, low-key exchanges that they quickly move past. It’s more like siblings disagreeing than an actual conflict.

With our upcoming new arrivals, everything will shift again. While we still don’t have a date for Pocha and Guillermina, they should be arriving in the next two months. With their arrival, submissive elephants like Rana will still step up slightly in status with the elephants she already has a relationship with. A new elephant arriving is another shared experience for her and each other elephant. It will also shift Bambi’s place because she won’t be the “new girl” anymore. She’s been here for almost six months now, which is incredible to realize.

Each new elephant changes everything, which creates so many opportunities for incredible growth for everyone.

Your ticket for the: Changes in Behavior and our Growing Herd

Changes in Behavior and our Growing Herd