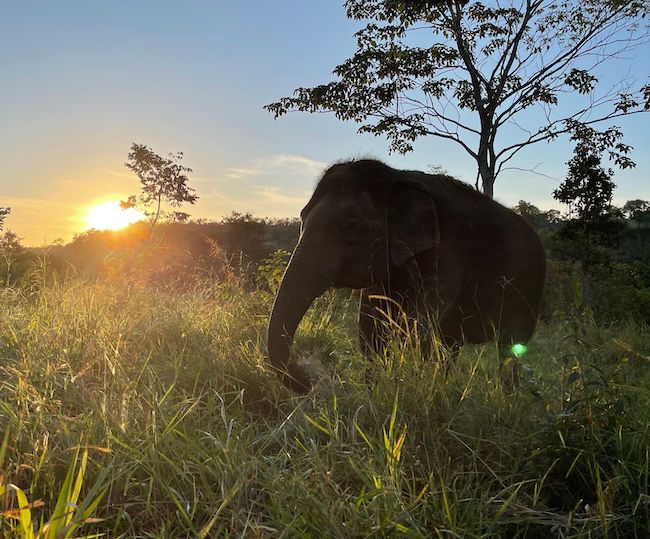 Happy EleFACT Friday.  Did you know that elephants are considered to be a “keystone species”? This means that in the wild, elephants are critical to the survival of the other plants and animals in the ecosystem. Keystone species can range from the tiniest of plants to the largest predators, but each plays an important role in keeping the other organisms in the system alive.

This phrase was coined in the 1960s by ecologist Robert Paine, who studied starfish along the Pacific coastline in Washington state. The starfish ate the mussels, keeping the mussel population balanced and allowing many other species to thrive. After removing the starfish from the ecosystem, the mussel population increased and crowded out other species. Paine’s important work changed how we look at wild species and unfortunately, since then, the vital role of keystone species in ecosystems is not fully appreciated until the species are gone.

In the wild, elephants pave the way through dense jungles, making paths for other species to travel. They knock over trees, allowing other plant life an opportunity to receive sunlight exposure and, as a result, see better growth. Through an elephant’s digestion, the dung that they create is very nutrient rich and provides food for insects, birds, and even some mammals. It’s also a great fertilizer, as we’ve seen here at sanctuary. Because elephants eat certain high grasses in the wild, the lower grasses get exposed to other grazing plains species, like impala.

These are just a few examples of the way that elephants keep the rest of their ecosystems thriving. By respecting the environments and the lives of wild elephants, we also support and protect hundreds of other species of animals, plants, and insects.

Your ticket for the: EleFact Friday: Keystone Species