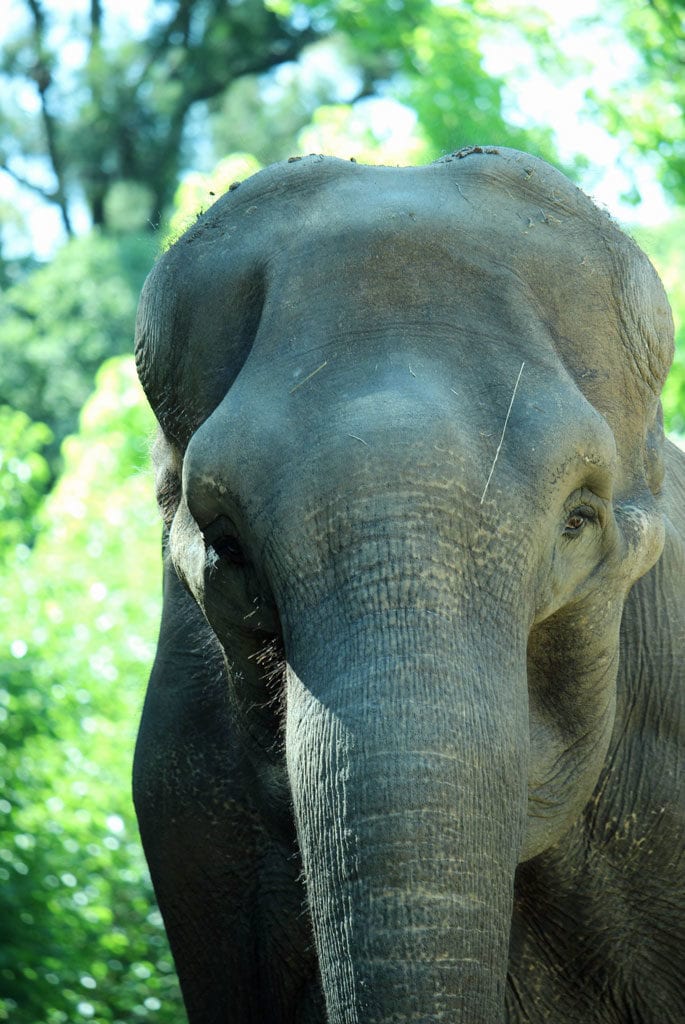 Why foot and joint issues are still one of the leading killers of captive elephants.

In our elephant careers we have unfortunately seen several elephants leave this world simply because their feet could no longer hold up the weight of such a large and lovely frame. Some elephants had altogether given up, the struggle and pain throughout the years too much, while others seemingly would have continued on if their feet had allowed. It’s devastating, partly because it’s avoidable and partly because it’s such a seemingly small part of a whole, but the impact is immeasurable.

Pelusa’s feet are sadly the worst Scott has ever seen, and that’s saying a lot. For those who have referenced talking to Lek due to her experience with severe foot issues, Dr. Rinku Gohain who was on this trip with us was the veterinarian at ENP for years, so we are already using their experience and recommendations in Pelusa’s care.

Typical to foot issues, Pelusa’s remained hidden for years with minimal outward signs that something was brewing internally. Photos from five years ago show the beginnings of what was lying underneath and had yet to rear its ugly head. For the past couple of years there has been no denying the issue and the trickle-down effect is everywhere. Her pain causes exhaustion, her body diminishes with the extra energy it requires to fight the infections, the anti-inflammatories have caused organ issues and her self-confidence has diminished and has caused a once dominant and somewhat pushy elephant to fear anything new in the world around her. A little over a year ago Pelusa was unable to rise after lying down. The zoo aided her and was able to get her up, but since then fear has become a dominant emotion and she hasn’t laid down to sleep since.

Both of Pelusa’s back feet have a deep and significant infection caused by a lifetime in a small space, that is impossible to clean to an impactful degree and hard compact substrates. Her feet go through a cycle of normalcy, rupture and healing. The infections also alternate feet- as her left foot goes through a healing stage, her right foot begins to swell and show signs of an imminent blowout. There is a very short reprieve of a couple of weeks where her pain is diminished and there is more ease in her movement and relief on her face. Unfortunately everyone seems to understand it won’t last.

The zoo does treatment on Pelusa’s feet twice a day- soaks and treatment in the morning, deep cleaning and treatment in the afternoon. For the pain they must cause her, she is stellar. It’s one of the things that is always so remarkable about elephants, we know they understand that we are helping, but what they will volunteer themselves to endure can be astounding. I believe part of her willingness is because of her adoration of her caregivers. Some people may not want to hear this, but her keepers love her and she loves them. The different relationships are obvious, some provide her with strength, some make her heart beat a little faster and others bring her comfort. It’s wonderful to see such an amazing being bat their eyelashes at the approach of someone she adores. Although humans are never a replacement for other elephants, they are most likely the reason she has made it this far.

At this point Pelusa suffers from osteomyelitis, diagnosed through x-ray, which means the infections in her feet have traveled into her bones. In humans this would generally indicate surgery or amputation, neither of which is an option for an elephant. The reality is, we can help her feet improve but they will never fully heal. The goal is not to ‘fix’ her, but to provide her with as much comfort as possible, to improve their condition and let her determine when she no longer has the desire to fight any longer.

Pelusa Part I:  An Update

Pelusa Part IV:  Where Does That Leave Us Now

Your ticket for the: Pelusa Part III: Her Foot And Joint Issues