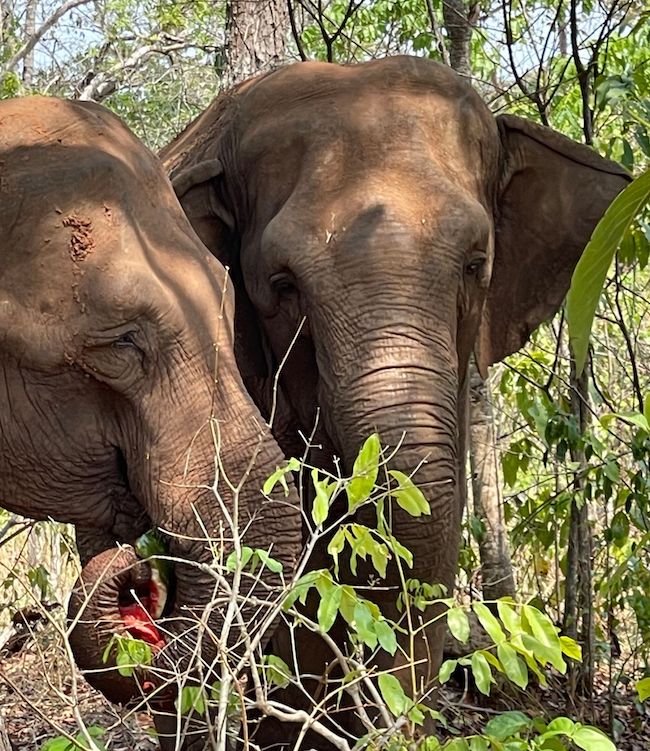 Happy EleFACT Friday. Today we want to share some results of a recent study that has been in the news, proving that young female elephants highly benefit from having older siblings, particularly sisters, which contributes to lengthening their life expectancy.

This study, published in the British Ecological’s Society’s “Journal of Animal Ecology” was based on a population of semi-captive elephants in Myanmar, using historical and medical records of multi-generational Asian elephants spanning between 1945 and 2018, and observing 2,344 calves born within that time frame. Researchers observed both real-life behaviors and their data to look at the influence of present elder siblings, both male and female, on younger elephants; they focused particularly on body mass, reproduction, sex, and survival of each calf.

Results from the study found that Asian elephant siblings do, in fact, have a significant influence on younger offspring, beginning early in life. Being raised with older siblings strongly increased the younger calves’ long-term survival compared to not having a sibling; the research also found that elder sisters had a larger impact than elder brothers.

Not only do female elephants raised with elder sisters have higher long-term survival rates, they also reproduce for the first time an average of two years earlier, compared to those with older brothers. Male elephants who were raised with older sisters typically had lower survival rates, and also lower body weight, compared to those with older brothers. The researchers explained this detrimental effect by calling it a ‘live-fast, die young’ strategy, where the positive early increase in body mass could lead to survival costs later in life.

So what implication does this study have on our elephant populations around the world, both in captivity and in the wild? Regarding elephants at sanctuary, we know that female elephants who are raised around other female elephants of any age can experience many social and emotional benefits. We also know that elephants, both male and female and of all ages, benefit from being in a herd and establishing family dynamics amongst each other. This research further solidifies the fact that elephants who are held in captivity and separated from other members of the herd are not only limited socially, but could also be affected biologically.

To read more about this study, you can follow this link.


Photo of Mara and Bambi

Your ticket for the: EleFact Friday: Passing Down Wisdom