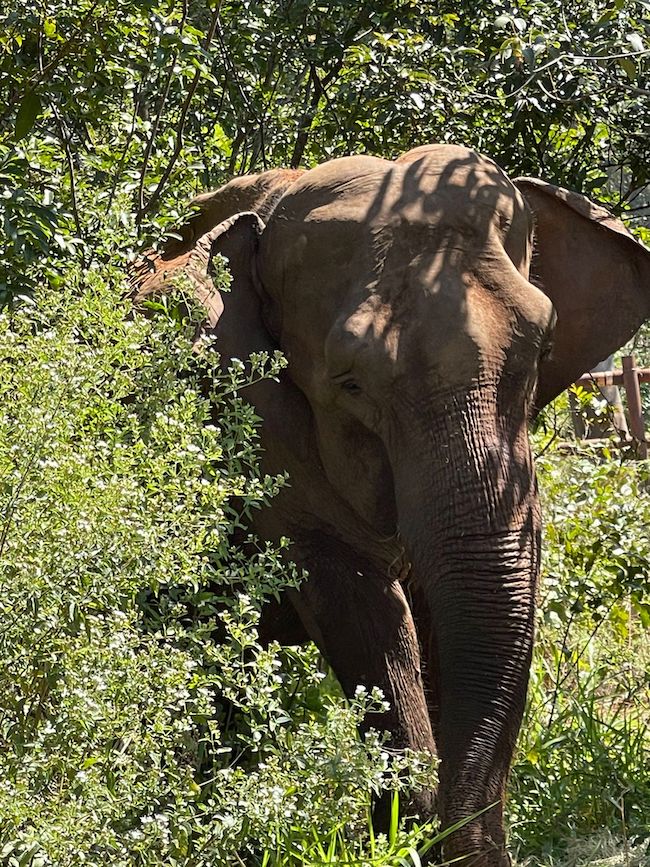 We’re checking in for another EleFACT Friday. You may have noticed in the videos we share, there is one elephant in particular who has a need for speed, and that’s Bambi. Today we’ll be breaking down elephants and their movement, whether it be fast or slow.

Most four-legged vertebrates change their entire stride while running or moving at high speeds. When this happens, all four feet leave the ground at once. Elephants are special in that they take steps that are faster and longer, but all four feet never actually leave the ground at the same time. This helps in spreading out their weight as much as possible. However, because of this, it could be argued that although elephants can move at speeds up to 15 miles (24 km) per hour, they’re never actually running – just walking very quickly.

Despite their large size, elephants actually have quite a light and graceful step. Studies from The Journal of Experimental Biology report that a human runner exerts forces of 3 times their body weight while running. Elephants exert 1.4 times their body weight at most and don’t shift their center of gravity much. According to the study, when an elephant is charging at 11 miles (18 km) per hour, their center of mass may only move up and down by about a centimeter.

Your ticket for the: EleFact Friday: Elephants in Motion