We Never Pictured Guida Not Here 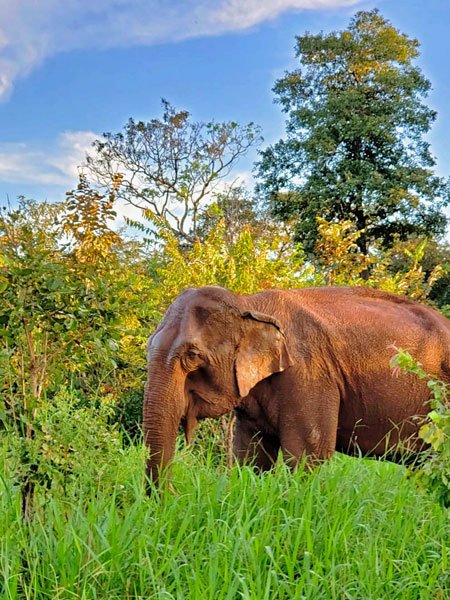 I won’t lie, seeing her photos still hurts my heart. Although we can think and talk about her and smile, I guess we’re a little like Maia. We’re just not there yet. If I am searching through my phone for a different photo and pass by one of her, I find myself getting a little angry. Mad that she’s not here, that she didn’t live ‘forever,’ that she won’t meet Ramba and all of the other elephants that come after. We pictured her as a leader, we never pictured her not here. And it seems for me personally, that anger is easier than sadness. The latter hurts more.

Onto the reason for this post- Guida’s necropsy. With all that has been going on this post didn’t get written immediately and I was only reminded by people asking about it when we did the Maia post the other day. I apologize. Along with all of Ramba’s processes, we are also working on other relocations, so things slip through the cracks at times.

There was no definitive cause of death from Guida’s necropsy. This happens sometimes, and because of our thoughts on her having a stroke or some other related episode, it makes sense. We don’t allow for an examination of their brain, and if you don’t want to know why, you can skip to the next paragraph. For those that do, and so it doesn’t seem like we are not being thorough, this is something that was never done at the sanctuary in TN either. It requires a full decapitation, with a chainsaw, and is not something we have ever been ok with. For us, a big part of performing a necropsy is to ensure that what caused the elephant’s death isn’t something contagious or something in their care or habitat that needs to be addressed. It is about the safety of the rest of the herd more than it is about us having answers for ourselves. She’s gone and no amount of knowledge fixes that. That being said, we do it to protect her sisters.

Her body was in great condition, no issues with her organs macro or microscopically. The only abnormal finding was a small intestinal perforation that was acute, meaning it had just happened. There was no apparent sepsis, her blood work didn’t show any effects from this, so the theory is that it happened during her episode. But that was all that was found.

Although it was not required, we also performed a DNA TB test. It is not known if TB is as prevalent in captive elephants in South America as it is in the US. Guida’s results came back negative, and for those that may know a little bit about TB testing, this is a definitive negative, unlike a negative trunkwash.

A necropsy isn’t exactly a pleasant event, but being there is part of the promise we make to every sanctuary elephant- from beginning to the absolute end. We stay so they have someone who loves them with them through it all. Once it was done, Scott covered her up, while Bugsy and I looked on. Bugsy always feels it is his place to protect his humans. Once she was mostly covered, we laid flowers upon her, and the caregivers came out to say goodbye. She is buried in the habitat, and we still stop at the spot, sometimes leaving fruits and hay. It just seems rude to not give her anything, and it means Maia or Rana will get a treat when they pass by or stop to say hello. Another chapter closed although Guida will always be with us, helping her sisters find their way.

Your ticket for the: We Never Pictured Guida Not Here

We Never Pictured Guida Not Here