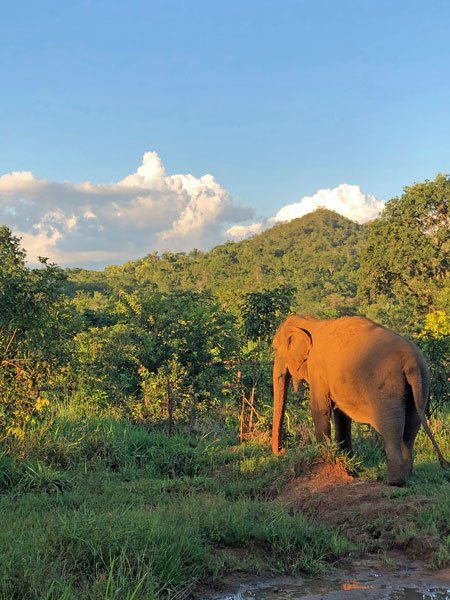 Lady has a very long tail. A very, very long tail with plenty of hair growing on the end of it. It (along with her dipsy-doodle hairline) is one of her most distinguishing characteristics.

She recently experienced a long tail problem. She was in the chute and presenting her back feet on the back bar as part of training for footwork. Her tail is so long that when she leans, it almost touches the ground. She had her left foot presented, and when she put it on the ground…she accidentally squished her tail between the bars & her feet, stepping on her tail!

Even though she stepped on her own tail, it still caused us the heart-wrenching feeling you’re probably familiar with if you’ve ever accidentally stepped on your cat or dog while they are lying in the middle of the way.

When she stepped on her tail, she startled a little and responded by glaring at Scott. She looked at him as if it was he was the responsible party. Scott was standing behind her, and, according to Lady, that made him guilty. Her wanting to blame somewhat else was a little amusing, but we reassured her that all was ok.

Her tail is completely fine and she didn’t cause any injuries to herself. Thankfully, it hasn’t affected her behavior either, and she is still ok with presenting her back feet.

Your ticket for the: The Tail Tale