The Ponds are Filling! 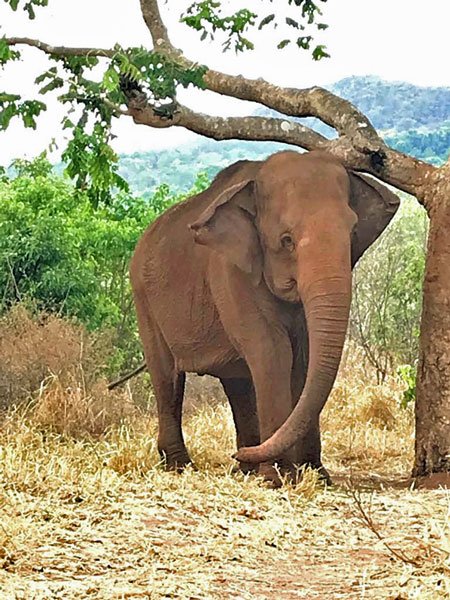 Rana Bug was the first one to go and check out the newly expanded pond in five.

Scott finished cleaning out the pond in four this afternoon and just in time. About 40 minutes after he was done, the sky opened up, and we had a fantastic, windy, thunder and lightning filled first rain of the season. It was glorious. The city of Chapada had rain yesterday, which is great considering there were still fires burning in the National Park.

Not only did Rana go check the new crater of a pond out today, but she also decided to take a nap along the slope of it. Funnily enough, since people were asking if it was too steep to walk down, Rana thought it was gentle enough to nap on.

At the beginning of the rainy season, there is usually a significant storm, which will help fill the ponds. But we also have the water trailer now, which we can fill and bring out to the ponds to lend a hand. All just in time to be perfect for Ramba’s arrival.

Your ticket for the: The Ponds are Filling!

The Ponds are Filling!