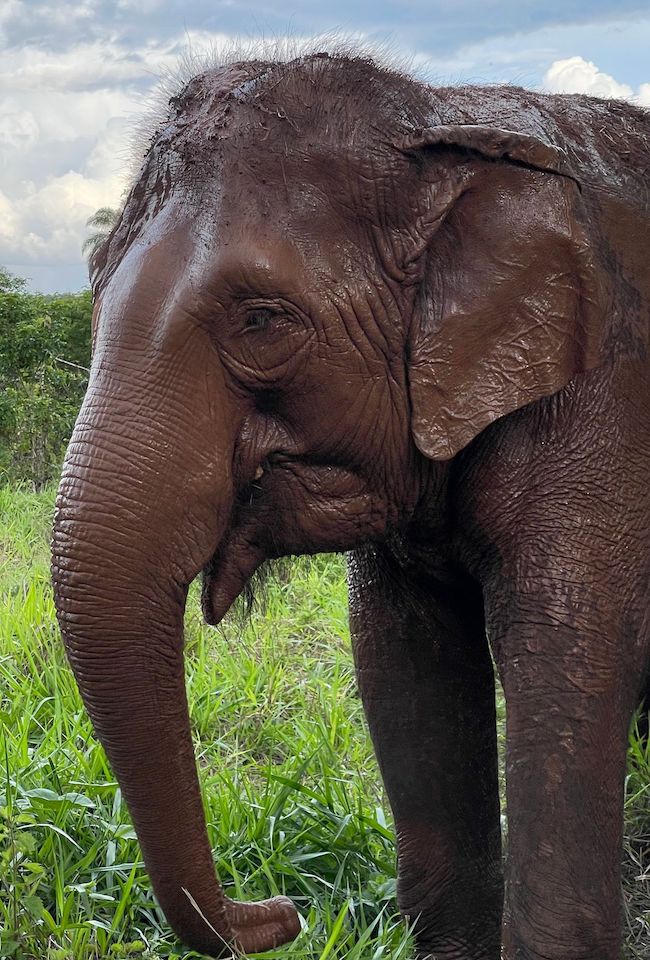 As part of this month’s Sanctuary Memory series, Scott shares a brief moment with one of our employees that meant a lot to him:

The maintenance staff at Elephant Sanctuary Brazil often fill their days with manual work, doing repairs and construction; because those tasks don’t involve direct contact with the elephants, their jobs can have more of a regular day-to-day feel. Scott remembers an afternoon when Joaquim, our longest-working employee, had a nice moment with the elephants.

Joaquim had taken the water tanker to fill the mud wallow and Scott was standing nearby. Mara and Rana were there, and we all know how much they love a mud bath. Once Joaquim was finished, Scott looked over and saw him smiling ear-to-ear. “The girls were being super silly and playful, as they often are in the mud. Joaquim seemed filled with joy to see them playing and watching them move in a way he’d never seen before. When the elephants play, they have a different sense about them than when they are walking around the habitat.” It was likely the first time Joaquim had witnessed this side of their personalities.

Scott remembers, “When they are playing, the elephants can get really silly, putting their heads in the dirt, playing in the water, and opening up their mouths.” Most of our non-caregiving workers at the sanctuary don’t have the opportunity to see the elephants up close very often. “It was great to see someone who has been here for so long and who has been such a huge part of this sanctuary see elephants doing things they are supposed to be doing.” Our workers know they do important things and are part of a bigger picture, but it was a truly special moment watching him see and feel what it really means to be part of a project like ours. There is a pride there that can’t be put into words.

Photo of Maia, who is well known for her love of mud

Your ticket for the: Sanctuary Memory: Joaquim’s Brief Moment With the Girls