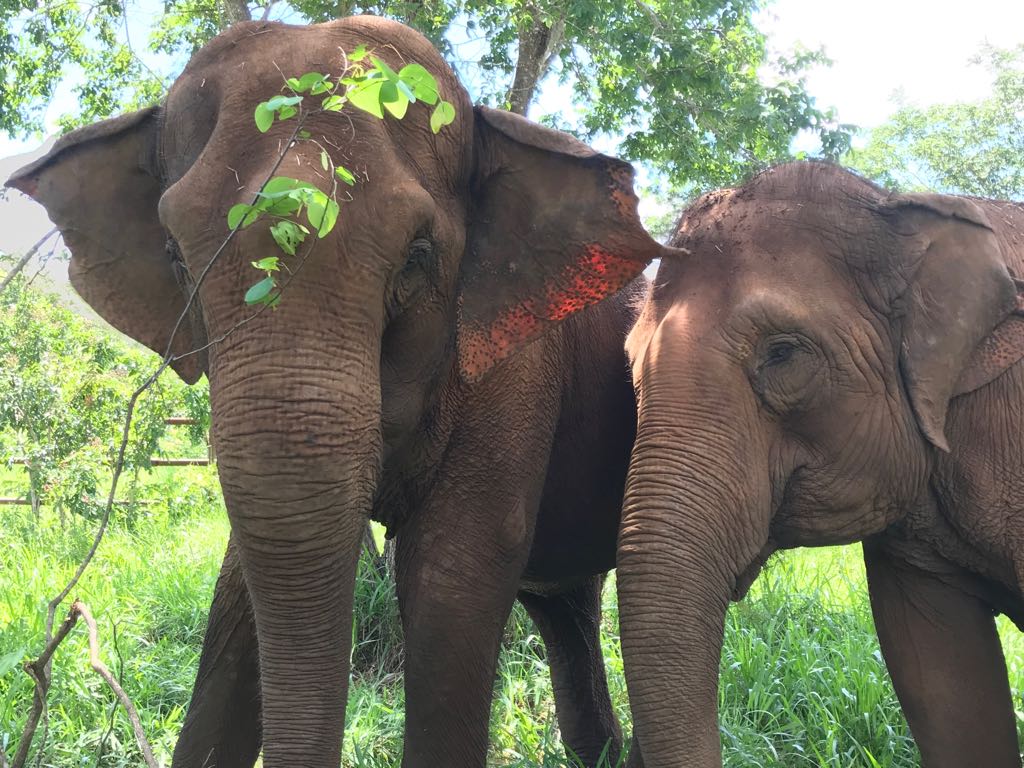 As part of our monthly Sanctuary Memory Series, we are sharing some thoughts from Scott about the feeling that elephants communicate – knowingly or unknowingly – when they arrive at sanctuary. Scott and Kat believe that they are the lucky residents of Elephant Sanctuary Brazil, because they get to witness true growth and healing as the elephants learn and understand the freedom that their new permanent home provides.

After the arrival of Maia and Guida, there was a sense that the air around the two was evolving rapidly. At one point, Scott spent some time with them and had an ethereal feeling of: You ladies are just radiant.

Both girls were always beautiful, but in that particular moment, they seemed stunning. There is a presence that comes out of elephants once they are at sanctuary for a while; once they start recovering, they reach a point when they start to truly shine. On that day, he spoke to Kat about the sensation he was feeling and she agreed that she felt the same way. Maia and Guida were just glowing.

Scott said, “We get to live this every day, but there are some times when you get that  overwhelming reminder that this is what sanctuary is; this is what it gives them, and you don’t always realize sometimes how much they are evolving. But you have that moment when you just feel this presence, which is that core element of self that has been diminished within them for so long. When that finally comes out, it is just radiant.”

When a captive animal experiences physical and emotional healing, you can see the light in their eyes. But Scott says he feels other changes that might be intangible or vibrational, but undeniable. “These sorts of changes helped define for us what sanctuary could be… there is some core element that is sucked out of [the elephants] when they live in such deprived spaces. Sometimes you experience amazing and unanticipated moments that leave you speechless and in awe of the true majesty of who elephants are.”

The relationship between Maia and Guida was a beautiful example of how emotional damage can heal and sanctuary can build friendships between beings who have shared traumas. Guida left an indelible mark on all of us who knew her and Maia continues her journey here, at her own pace and with the freedom to make choices. There are moments when the light surrounding each of our girls is undeniable. The most subtle and transcendent moments can sometimes be the most impactful.

Photo of Guida and Maia

Your ticket for the: Sanctuary Memories: Moments of Light