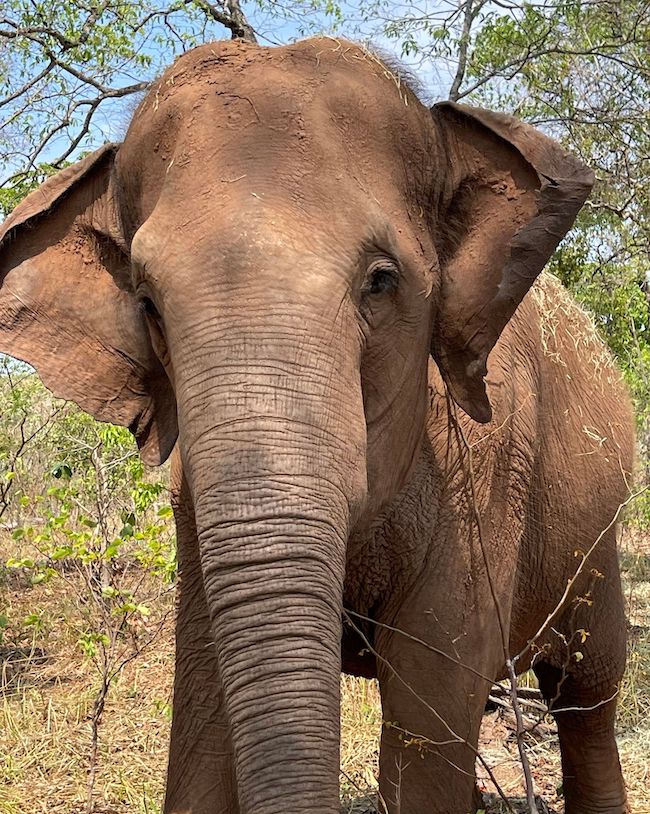 In one of our recent posts, we highlighted some of the different dynamics that had emerged among Bambi, Mara, and Rana. At that time, Rana had taken more of a leadership role within the group for some reason, likely to re-introduce some structure, but that doesn’t mean that Rana wants to play a matriarchal role all of the time.

Captive elephant relationships are beautiful and somewhat odd, in that the elephants often share no history and, in our case at the moment, there are no related females here. In the wild, a matriarch tends to be the oldest member of the herd because that individual has walked the same paths for decades, they know where the watering holes are, and understand what shifts in the environment could mean; they are aware of areas where other elephants might congregate, that their herd might need to stay clear of. Being a matriarch means accumulating knowledge, but it is also an individual understanding of what to do to make sure the elephants under your watch stay alive.

Should we want to choose which elephant at ESB has the most characteristics of a matriarch, it would be Rana – but that doesn’t necessarily mean that she is ready or willing to take on that role full time. Rana is quite good at reading situations and is often willing to prioritize herd members over herself. She caters to many of the needs of others before focusing on her own needs and wants. Rana is trusted by everyone, but that doesn’t mean that she necessarily wants to be a full-time leader. There is a difference between a leader and a caregiver.

At the moment, the dynamics between the elephants here has returned to the status quo. During her brief time leading the group, Rana did not show aggression; she is one of the least aggressive elephants we’ve ever known. She did what needed to be done in the moment, which was to guide the others in a compassionate, largely passive way. Her conversations with Bambi were not confrontational, but rather it seemed more like Rana was trying to center the energy of the group and perhaps ground everyone emotionally. After only a few days of increased watchfulness, Rana felt comfortable relinquishing her lead and is back to being her more passive, supportive self. It seems that she is more of a nurturer than a leader, and perhaps only steps in when she feels that to be emotionally necessary for the herd. Of course, for as much as we watch them, we’ll never really know.

Your ticket for the: Relationships Are Always Shifting, Always Growing