Rana Crosses the Creek to Graze 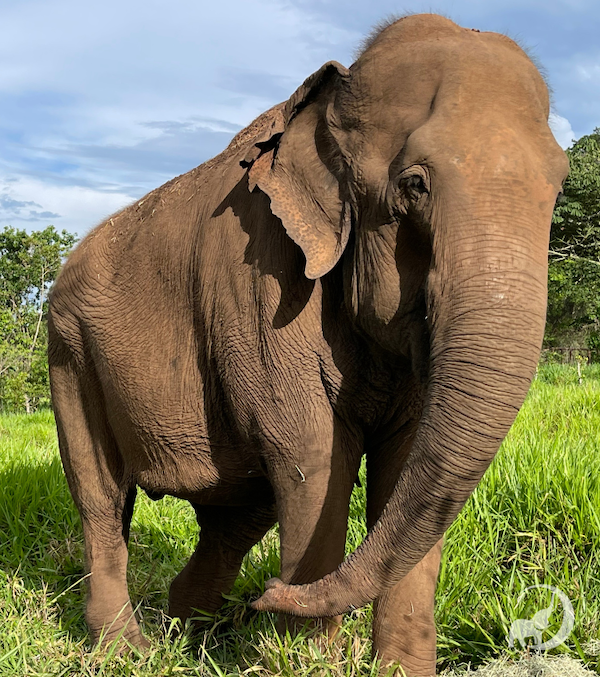 There are times when you can see elephants from up the hill, depending on where they’ve decided to spend time. One morning, Kat looked down into the habitat and saw an elephant by herself in the back of Yard 4 and across the creek, where there is some different and apparently tasty grass. It’s a spot Maia frequents when she goes on one of her solo treks. She’ll hang out by herself for a few hours and then return to where the others are before dinner.

For this reason, she thought she may have caught a glimpse of Maia but, once the elephant moved out from behind the tree, Kat could see Rana’s charming smile. Though Rana isn’t an elephant who necessarily searches for time on her own, she also isn’t an individual who needs constant companionship. Apparently, she’d decided to take a cue from Maia and cross the creek for some solo grazing time.

Once dinnertime arrived, Mateus stopped by to feed her and she hurried to her dinner with great excitement. You could tell that she heard the four wheeler delivering food to her friends on the other side of the creek, but she stayed in her spot to eat. After her meal, she walked back across the creek to her sisters and Maia took a turn in the same area Rana had occupied, enjoying the grass that often goes untouched.

Your ticket for the: Rana Crosses the Creek to Graze

Rana Crosses the Creek to Graze