Rana Bursts Through the Bushes, All Smiles 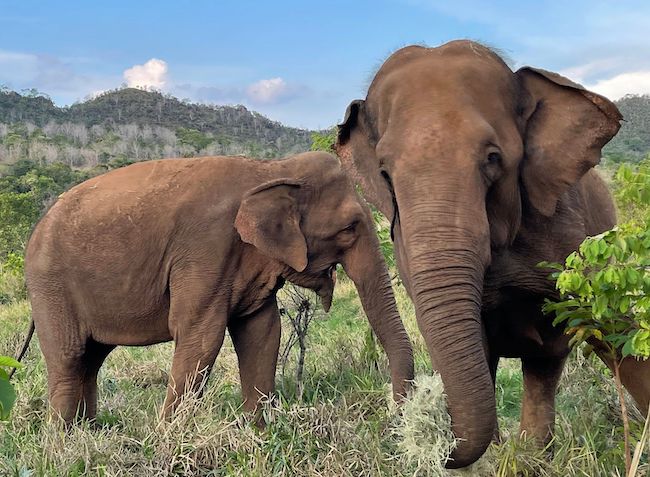 One evening this week, Mara and Bambi were at the west end of Middle Road around dinnertime. Scott decided to lead them back out into a more open space by driving the 4-wheeler down near the pequi tree. We have several of them on the property, but the girls enjoy spending time under this particular tree. Rana was nowhere to be found, so Scott assumed she was off doing her own thing, which she does from time to time.

While Scott was waiting near the tree, Rana virtually came bursting through the bushes – all smiles. He described her as having the biggest, cheesiest, goofiest grin on her face. After her “hide-and-seek” moment, the three of them had dinner together by the tree, ending the evening on a charming note.

Rana and Bambi, grazing near some of their favorite bushes

Your ticket for the: Rana Bursts Through the Bushes, All Smiles

Rana Bursts Through the Bushes, All Smiles