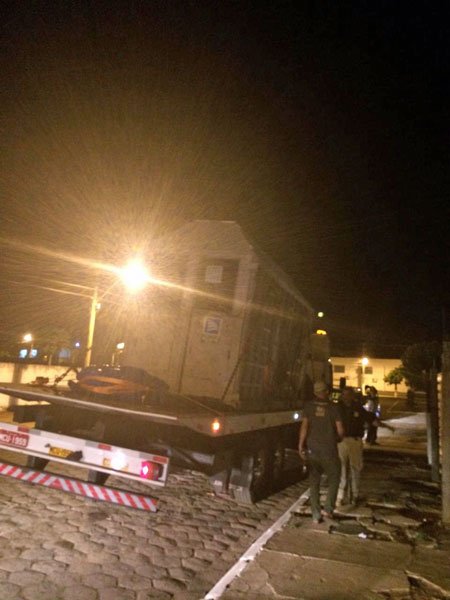 The caravan has stopped for the night. Scott was going to try to do a live feed, but everyone was tired, including Ramba, so he asked me to write an update instead. The team is actually staying at a hotel they stayed at when bringing Maia and Guida home. It’s a bit off the road, much quieter and very protective. Hopefully a good spot for everyone to get some rest.

Earlier this afternoon, the truck had a flat and lost a pin. Thankfully, with the police escort, everything went smoothly. Someone stopped and towed Ramba’s truck to a tire place, and everything was repaired. After that was the first time Ramba drank really well on the trip, she also bathed herself. Since Ramba has a preference for fresh hay, the team went and cut grass, which she is enjoying. A couple of people will get up early tomorrow to cut some more for the last leg of the ride home. When Scott and I spoke, she was finishing up the produce that he had given her.

Tomorrow the plan is to hit the road at 6:30 and hopefully make it to the sanctuary in the late afternoon. Of course, things may change, it’s up to Ramba. The choice to stop was made because she looked tired again. She determines how everything goes.

We will try to keep you updated when possible tomorrow, but it will be a very busy day. In less than 24 hours, Ramba will be home.

Your ticket for the: Ramba’s Caravan Has Stopped for the Night