Ramba Made the Most of Every Moment at Sanctuary… 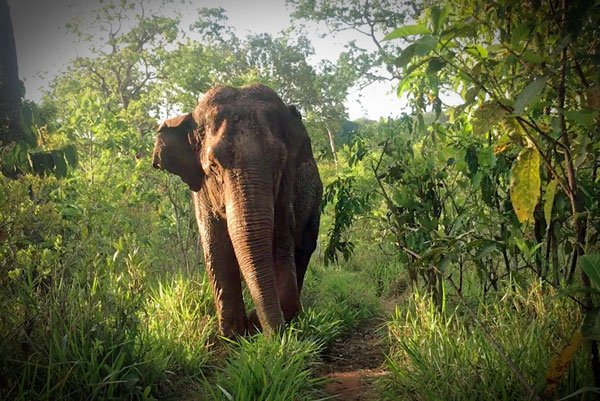 Many of you wanted to know, so as promised, we are sharing the results of Ramba’s necropsy that were just finalized. Her cause of death was determined to be chronic renal failure-which was not a surprise to any of us. Ramba’s kidneys struggled for years to do their job, filtering waste from her blood. They became less and less efficient and more waste built up. If she were a human, she would have been on dialysis while waiting on a transplant list. That’s just not an option with elephant medicine.

Ramba was diagnosed with chronic kidney compromise shortly after being removed from the circus and brought to the safari park in Chile, 7 years ago. Her first blood draw sample showed the issues were not new and were already established. As with many elephants, although they may physically leave their original facility, the lifetime effect those places had on them follows.

Several vets estimated Ramba would live less than one year. Two other captive elephants in the US with similar conditions both died within a year of diagnosis. But everyone that was part of her rescue was determined to try to do more and see her at sanctuary one day. Numerous veterinarians, organizations, and doctors were consulted, and several modalities were used to try to slow the progression of her disease- and that’s precisely what happened. Her blood values continued to rise, but at a snail’s pace over the years. This wasn’t a disease anyone was going to cure, the goal was to buy her time, give her love, keep her comfortable, and bring her home.

Ramba did make it to the sanctuary and jumped all in, acting as if she had been here for years. Looking back, it seems as if she might have known her time was short, and she was going to make the most of every moment. And she did. ❤️

Your ticket for the: Ramba Made the Most of Every Moment at Sanctuary…

Ramba Made the Most of Every Moment at Sanctuary…