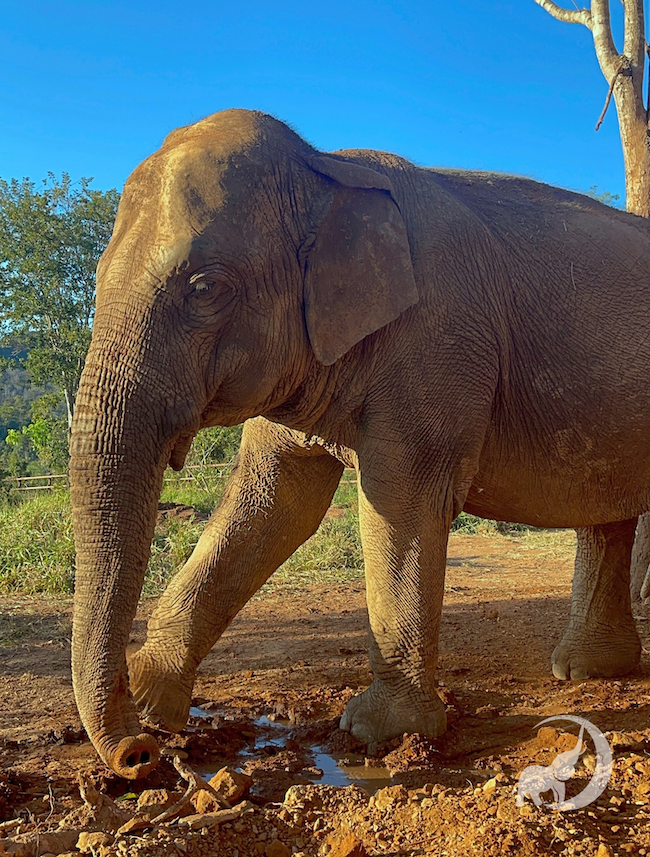 As we watch Pocha navigate her journey here at sanctuary, it is becoming clear that she may have a longer road to healing than her daughter. Both she and Guillermina have to learn who they are as individuals and, for Pocha, that means making decisions on her own, without her daughter’s influence. It’s obvious that for a number of years, Guillermina’s dominant personality came first in their relationship. When they initially arrived here, Pocha would look to Guille when it was time to make a decision; Guille would also guide or corral her mother to the areas Guillermina wanted to go. Both seemed to know that Pocha wasn’t the primary decision maker in the relationship.

We are just beginning to see small changes in Pocha’s outlook and choices. For over a decade, Guillermina has been reactionary in both good and not-so-good ways. Even in the most positive of situations, you can occasionally see Pocha brace herself when Guille has a big reaction, as though she didn’t know what was to come. Guillermina’s energy may overwhelm her at times, causing Pocha to almost expect a negative reaction from Guille, even when the situation calls for something else. These days she seems less watchful of Guille when Guille gets excited. She seems to know that there are other elephants who can help absorb all of the energy that was once directed her way.

One of the most positive things about sanctuary is the ability to make choices. We see Pocha and Guillermina together often. But we also see them in different configurations, with different elephants each day. That means that Pocha is able to soak up new energies and experience new sets of boundaries – ones that she decides for herself. If Pocha isn’t in the mood for Guillermina’s spirited antics, she can walk away – something she never had the opportunity to do in Mendoza. This could result in more time spent on her own, delving into exactly who Pocha is. The more time she takes for herself, the more progress we hope to see her make.

Your ticket for the: Pocha’s Search For Herself