Pocha is Excited… Then Not 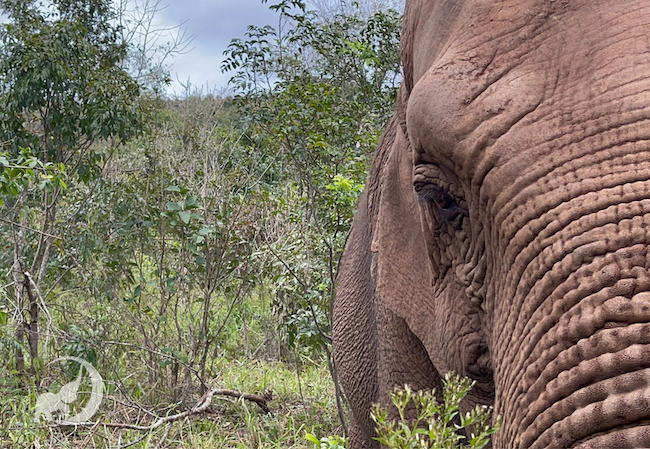 Every evening at night feed, Pocha and Guillermina make a huge racket. Sometimes when they are finished, the “Powerpuff Girls” will respond from somewhere out in Yard 4. If the others are nearby, Pocha gets really excited and runs from the barn and toward the larger yard, where she knows they will be. Guille will often follow, and you can hear branches breaking as the two of them thunder through the habitat – running toward the fantastic noises they’re hearing. Pocha tends to remain enthusiastic as long as there is a fence between herself and the others; interestingly enough, once that boundary is no longer between them, her excitement diminishes.

Some nights, Bambi is clearly the instigator when it comes to the two groups of girls vocalizing back and forth. She has a very specific rumble that she does, which sometimes makes Mara squeak. Of course, Mara’s squeaks are known to cause a stir among her, Bambi, and Rana, so there is always the potential for a larger party to break out.

Meanwhile, we go about our business of putting food in the small yards for Pocha and Guillermina. They know there will be snacks waiting for them at the barn, which encourages both girls to eventually settle and come back to eat.  This naturally diffuses some of the energy, which is good – because Pocha will stay up until all hours of the night if she gets too excited and then is exhausted the next morning. During these periods of animated behavior, Pocha and Guillermina tend to stay together, but will eventually come back and lay down to get some sleep by the barn. For the time being, mother and daughter still stay in the smaller yards at night for their comfort, and the others get Yard 4 to themselves.

Your ticket for the: Pocha is Excited… Then Not

Pocha is Excited… Then Not