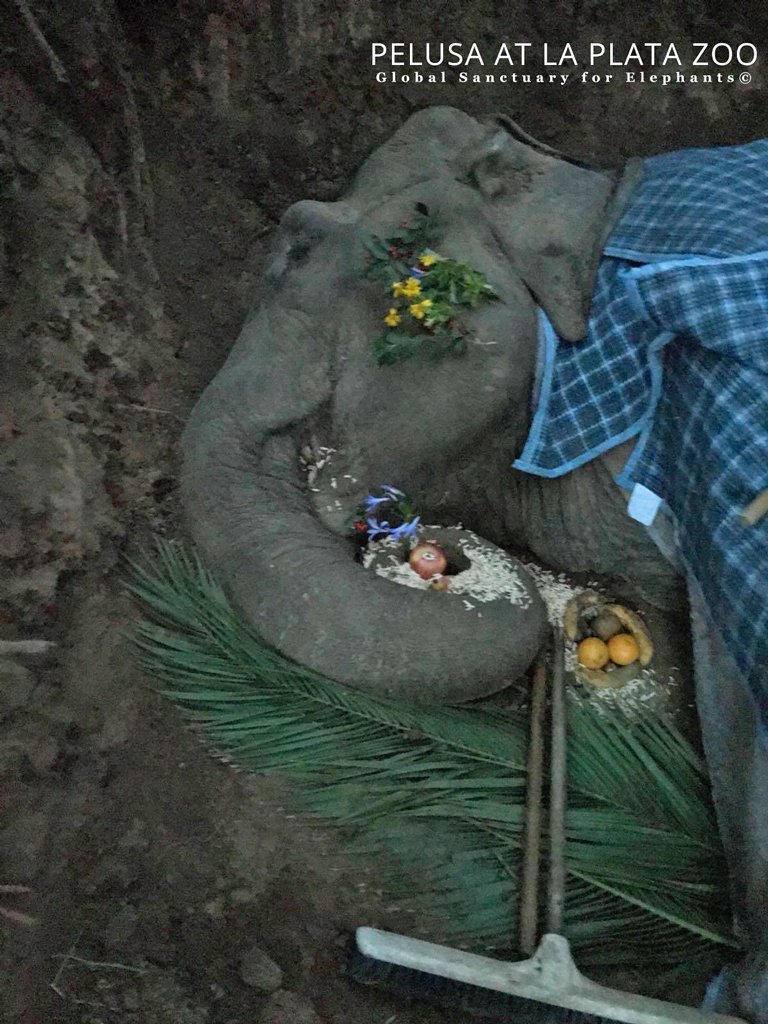 The photo above is Pelusa just before she was buried, in her final resting place.  To explain a bit, the flowers were brought in by the two daughters of one of her caregivers, the key is to her barn- a final gesture of freedom and the broom is broken in true Pelusa style. The photo below is where she was laid to rest In the back of her new yard, under the archway.  The tent was temporary.

Pelusa was ridiculously well-behaved, one of the only elephants we have all known that you could leave a treat bucket next to, but she wouldn’t help herself. And if during footwork, her treats were coming too slowly, she would gently tap the person on the hand who was in charge of her treats to let them know. But when she was feeling spunky, she would nab a broom, play with it for some time, give herself a good scratching and then happily break it. This one was broken for her by her caregiver. 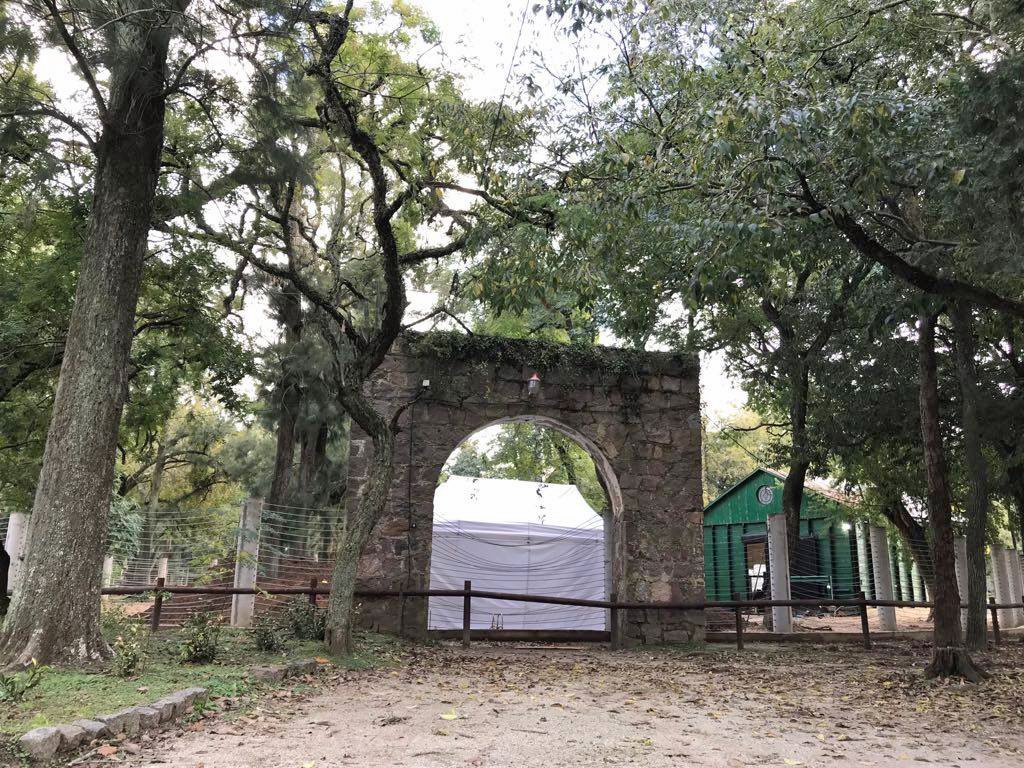 June 8: Future Of The Zoo Where Pelusa Passed

June 5: From Suz: Her Service To Pelusa

June 5:  Our Beautiful Lady Has Left Us

June 3:  Pelusa: There are No Major Changes At This Point

Your ticket for the: Peace For Pelusa