Our Sweet Grandma Is Recovering And Back To Herself 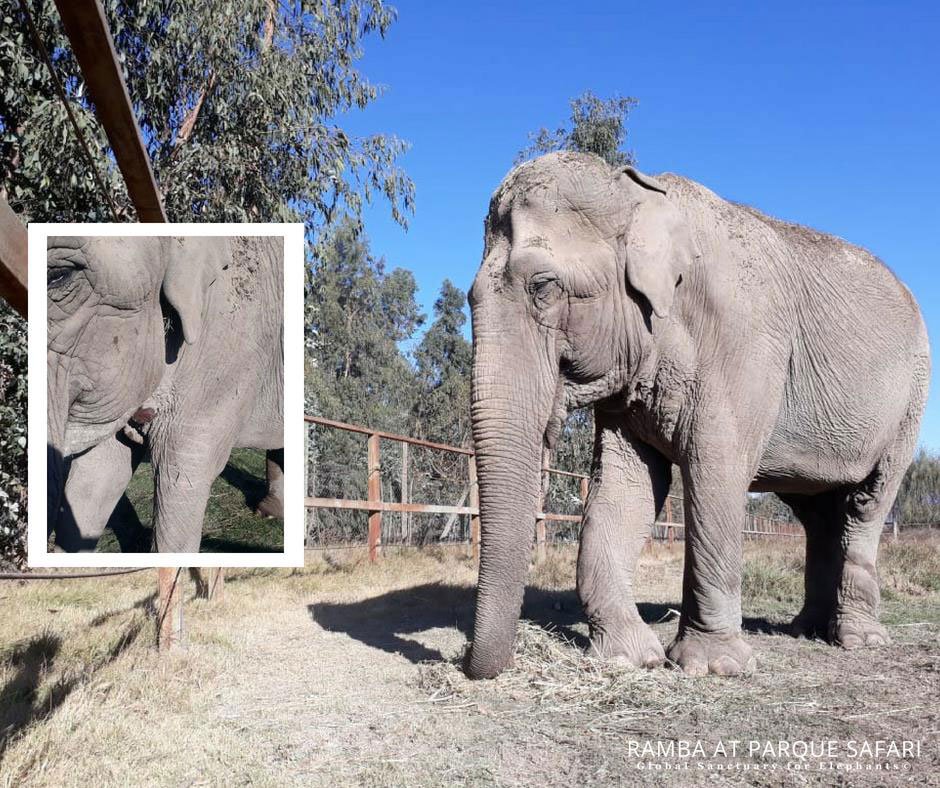 The other morning Consu got to work and saw that Ramba had a wound on her chest (in the small photo). Unsure of how it occurred, Consu was concerned of course. Ramba seemed ok, but it’s an odd place for a wound so we talked about some possibilities and Consu went to walk the fence line to see if anything was out of place or looked like Ramba could have hurt herself on it.

Turns out Ramba broke the bottom rail of a section of fence. Most likely, since there was a willow on the outside, she was standing on the fence to grab branches and the bottom section broke underneath her. Although Ramba ate her first hay of the morning, she decided she didn’t want anything after that.
Not only did Ramba not want any food, but she also didn’t want anyone in her space- she clearly wanted to be left alone. Knowing there was a good possibility that she also hit her head on the top rail when she fell, this was all understandable. There were no outward signs of anything significant, but this doesn’t mean she didn’t hit her jaw or have a significant headache.

She was quiet throughout the day, continuously throwing dust on her wound and the area of swelling. Consu was able to get something in her for the inflammation, but often those kind of injuries also require some time.

Carolina came back to check on her late that night, since Ramba chose not to eat her dinner and the girls were still concerned. When Caro arrived Ramba was lying down sleeping and Caro called to her to make sure she was ok. Ramba got up and appeared to be just fine. The cold ground probably felt good on her sore body. She at some hay and later that night went back and ate the dinner she left behind earlier.

Ramba is still a touch quiet, but is doing fine. There is minimal swelling, her appetite is completely back to normal and she’s moving around well. We are happy our sweet grandma is recovering and back to herself.

Your ticket for the: Our Sweet Grandma Is Recovering And Back To Herself

Our Sweet Grandma Is Recovering And Back To Herself