Mendoza Update: The Crates Have Arrived! 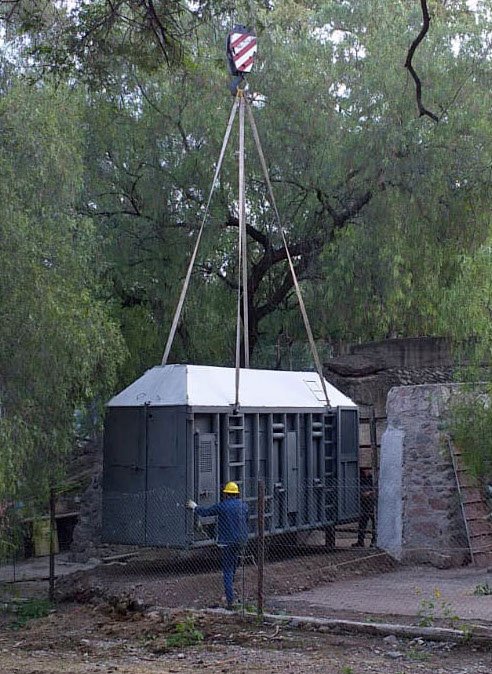 The crates have arrived in Mendoza! Pocha and Guillermina’s doorways in the training area have been modified to place the crates outside of the enclosure while still allowing the elephants access to them. This way, their already small space won’t get smaller with crates – it’s actually slightly extended.  As a bonus, from inside the crates they can peer into the outside world.

Besides training Pocha and Guillermina in the behaviors medically necessary for quarantine and international transport, Karissa and Chrissy have started having Pocha and Guillermina separate. In such a small space, they’ve never been far from each other. The two crates can’t travel on the same truck once the elephants are inside. For safety reasons, the crates will need to be on separate trucks. The crates weigh a lot by themselves – and so do elephants who, as living beings, will shift their weight and move around during transport. At stops, the trucks will park near each other so that Pocha and Guillermina will be able to see, smell, and hear each other along the journey.

Your ticket for the: Mendoza Update: The Crates Have Arrived!

Mendoza Update: The Crates Have Arrived!