Pelusa…..it’s hard to know what to say sometimes. Her situation has always had the potential to be a heartbreaker, so we haven’t shared her up until this point. We did a brief introduction the other day because we felt she needed the emotional support that we knew you all would gladly send to her. Now we’ll try and fill you in on the rest of the story.

Pelusa lives alone at the La Plata Zoo in Argentina, and has since the age of two. She is approximately 50 years old and has been suffering from severe foot issues for several years. We always say our girls are ‘perfect’ and Pelusa is no exception. They keep her treat bucket within reach while they work on her feet and she never grabs it. Her face shows she is a gentle soul, but reveals some of the pain she is in as well. Her gentle nature is appreciated because she is a big girl; not in weight, but in height- she’s a tree (Scott, says that she’s as tall as a dinosaur, which might be a bit of an exaggeration 😉 ). When you meet her you instantly fall in love with her, there’s just something about her. Unfortunately this adoration is quickly tainted with sorrow over her physical condition. Pelusa is the poster child for the negative effect that captivity can have on an elephant.

Due to her condition, Scott’s schedule was adjusted to spend more time with Pelusa and her staff. Her feet were worked on (although working free contact with an elephant is far from ideal, the severity of her condition, our limited time with her and her disposition caused Scott to make the decision to move cautiously forward,) recommendations made for treatment, her diet was adjusted, Scott went hunting for branches and fresh grass and serious discussions took place about Pelusa’s ability to travel to sanctuary. At the end, the decision was made that if Pelusa was healthy enough to travel when all of the legalities went through, she would be sent to sanctuary. No formal agreement was signed, but it was announced publicly that this was the intention.

After that initial visit, Scott received regular updates from one of Pelusa’s veterinarians who takes care of her: pictures of her dung, her food, and her body to document her progress. A few months later a second visit allowed for Scott to bring treatments and supplies. Pelusa had some elevated liver values, most likely related to NSAID use, so we brought some natural pain remedies along with foot tools and other things. Again after leaving we received almost daily updates. Pelusa’s liver values began to return to normal, her pain decreased, along with other improvements, but her feet still showed the toll of a life of confinement. Decades in a small space, standing on packed surfaces, living in a wooden barn, not lying down, had taken a toll on her body, one that seemed irreversible.

As part of making sure the zoo and the government of La Plata was offering Pelusa that best possible future, her vet came to visit the sanctuary. While here, we showed him the facilities, had him watch treatment with Maia and Guida and continued the difficult discussion of Pelusa’s reality. Severe foot conditions are complicated in that we would never say we could cure them. Without removing her from the conditions that caused the deterioration, they simply can’t recover. Sanctuary allows for softer varied substrate, the ability to walk and wear pads and nails more naturally, space to build up muscle, aiding in supporting their body weight and taking some of the burden off of their feet, along with all of the other benefits- but it doesn’t reverse 50 years of damage. Pelusa’s feet would most likely require daily care for life at sanctuary. They would improve, but never fully heal. Her veterinarian understands that but relished in the fact that a life like this would be possible for her, no matter how long her time here would last. As we’ve witnessed before, even three weeks of sanctuary can be enough to allow elephants to pass away peacefully while living the dream and a life that was previously intangible.

A couple of weeks ago Pelusa had a setback, her body is not rebuilding muscle and a new abscess has emerged on the bottom of her foot that is fairly significant. This hasn’t changed the overall goal of getting her to sanctuary, but did force us to have the conversation of the possibility that she may not get here. Our principle modus operandi is to always aim for the ultimate life of sanctuary, but we must simultaneously and thoroughly analyze every facet of each individual to determine what is best for them.

Some claim her health is poor because of lack of care from the zoo. Since our visit, we know she receives intense care and we also know she has staff that truly love and adore her. The sad reality is the body can only take so much. At the point that elephants begin to show pain, they have generally already been struggling for a significant amount time. They are stoic wild animals who mask any discomfort for as long as possible (most of them.) Her body has to deal with, what is most likely osteomyelitis, pain, loss of weight and muscle mass and now the cold of winter. Her staff continues to make adjustments to offer her support, but ultimately Pelusa has to be the one to decide if she wants to continue this fight. 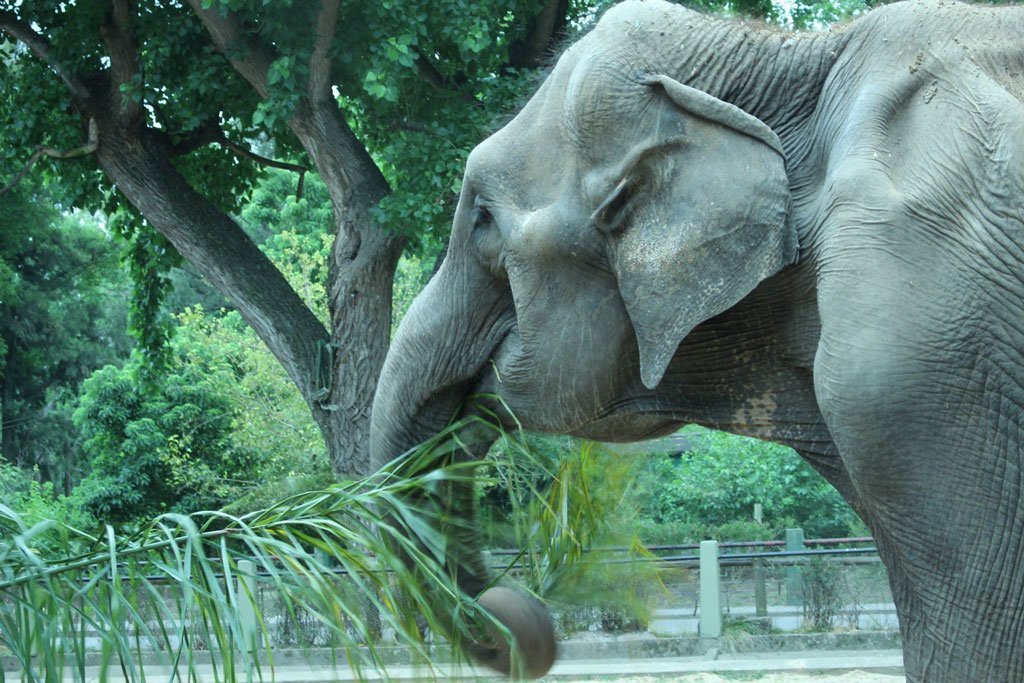 This is an uphill battle but no one is giving up on Pelusa or her chance at sanctuary. No matter what Pelusa’s future is, we will continue to aid in her care-for us it is truly about the elephants, whether she can get here or not. Pelusa’s growing team will continue to move forward with the requirements for bringing her to sanctuary while reassessing her ability to travel along the way. Pelusa’s best chance at an emotionally healthy and positive future is sanctuary, her body just needs to be strong enough to get her here.

Please hold close to your heart, thoughts of sanctuary for Pelusa – she deserves to live the dream.

Your ticket for the: Meet Pelusa