Maia Naps and Gets Some Extra Love 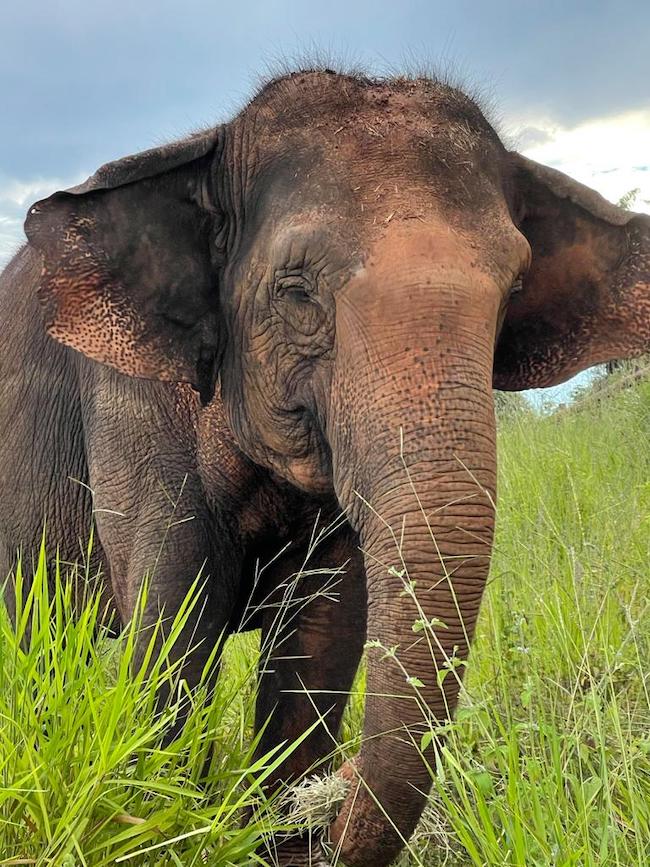 On a recent evening trip to check on the girls, Maia was spending time in Yard 3 – which she hasn’t done in a while. She surprised us and we almost drove right past her on the four-wheelers. The gates are often open and the girls can choose where they want to go, but Maia is a wanderer at heart. She doesn’t always seek as much hands-on attention as some of the others and we constantly find her at the far reaches of the fenced-in habitat.

Because she was close by and seemed in a happy place, we gave her some extra food and some of Mara’s cooked pumpkin that she’d turned down during her meal. Maia is not around when the others scramble over Mara’s leftovers, so it felt nice to spoil her a bit and show her some additional love.

The next day, Maia decided she would spend a little more time in Yard 3. During her very early days at sanctuary, she had a little less space and tended to spend more time there – finding favorite nappings spots, particularly under a big copaiba tree. It is a big, beautiful tree and was something that drew us to the property immediately when we were looking for the right spot to build the sanctuary. It just reminds you of something you would find in certain parts of Africa. Maia always loved that shady spot and it was nice to see her back in one of her old haunts, lying down for a rest.

Later that afternoon, Maia came by the barn and decided to take another nap there. There is a shady spot there that she likes when she is really tired; she can lean into the fence there for a good belly squish and petting. Instead she decided to lie down again and take a load off.

At the end of the night, just as the sun was setting, we saw Maia from the house, across the creek in Yard 4. In just a little over 24 hours, she went from one end of the habitat in Yard 5, to spending the day in partial slumber by the barn, to the other far reaches of Yard 4, taking advantage of all of the space the sanctuary has to offer.  She doesn’t always take the opportunity to come close, so it was hard not to smile watching her roam and make the choices she wants, all on her own time.

Your ticket for the: Maia Naps and Gets Some Extra Love

Maia Naps and Gets Some Extra Love