Maia is Taking It Slowly 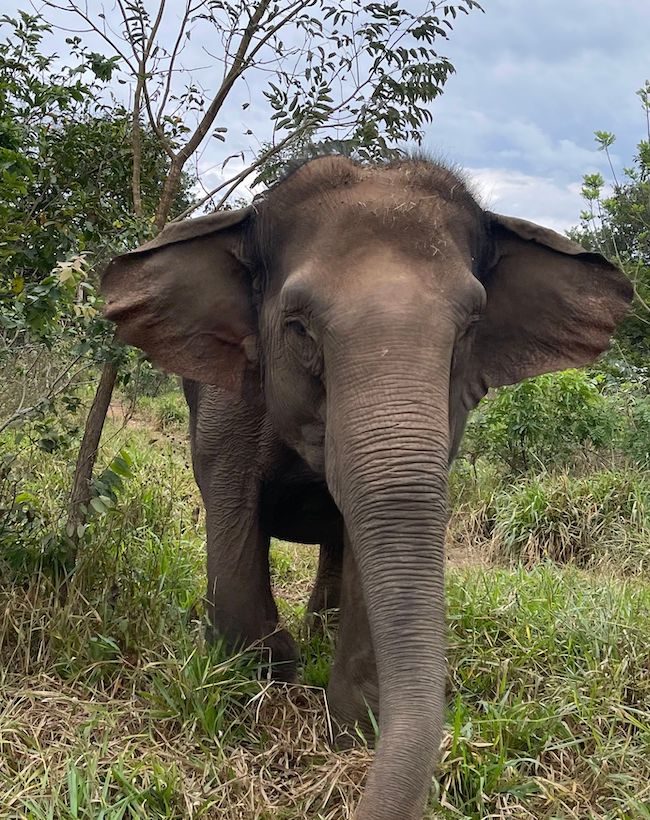 Maia continues to wander on her own these days, but remains curious about what the other ladies are doing. She is still spending some relaxing time with Rana, but has been watching Mara, Bambi, and Rana together, just at a distance. On a recent night, Maia was near the barn when the three came down for dinner and initially walked away. She gradually eased back toward them and seemed fairly comfortable watching from what she felt was a safe radius. That is, until the excitable Bambi saw George the tapir and decided it was time to chase after him. At that point, Maia decided she’d spent enough time there and moved to the pond with a good bit of haste.

It is common for wild tapirs to wander into the habitat looking for extra food. But the others are more stealthy and come after dusk. George is bolder than the others and shows up before the sun goes down and during mealtimes. He is beginning to tempt fate a bit with Bambi. At times, it feels like he’s taunting her from the other side of the fence and will move just enough to get out of her way when she speeds toward him. George seems to perhaps underestimate how quickly Bambi moves versus how fast he can run away. While he might be playing, we can’t quite tell if Bambi is.

We understand why Maia seems uneasy when Bambi makes sudden movements like this, which are accompanied by loud vocalizations. It can even catch us off guard when Bambi unexpectedly starts to run. Maia may be picking up on Bambi’s protective instincts toward Mara, even though Mara doesn’t need protecting. We suspect that Maia will continue to spend more time with Rana and gradually ease back into getting closer with the three when she senses a calmer energy. Until then, we appreciate that she might feel hesitant, but also applaud her efforts to push her boundaries.

Your ticket for the: Maia is Taking It Slowly

Maia is Taking It Slowly