Maia and Guida: They Bring Such Joy 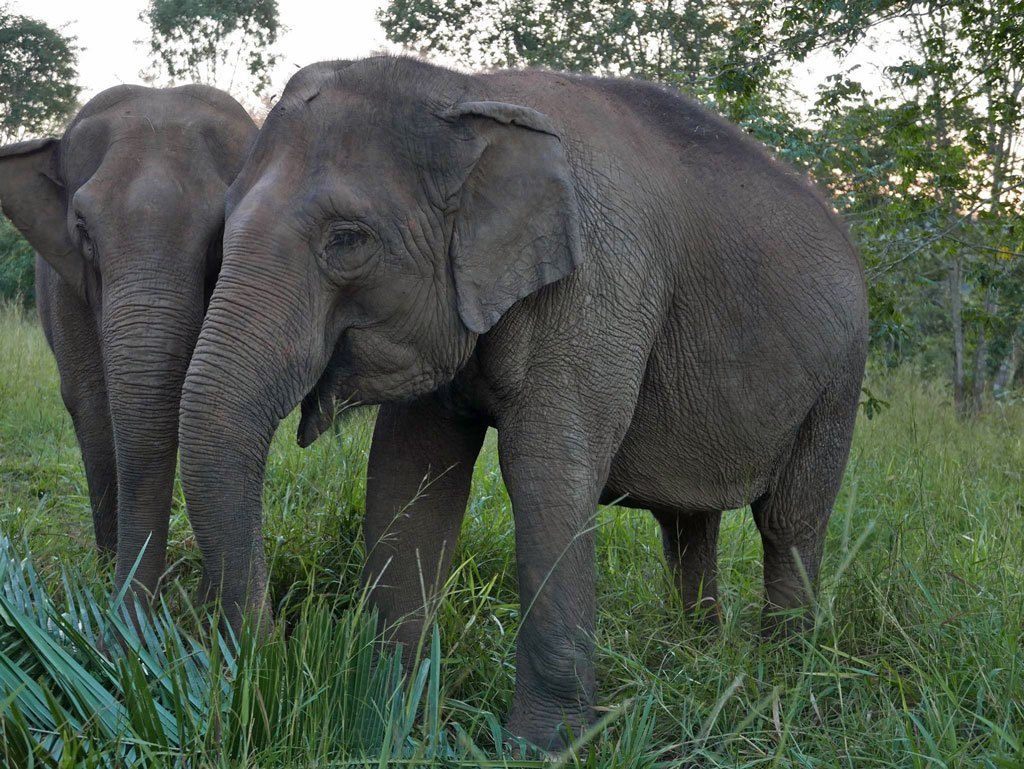 It’s always amusing when you realize no matter how many years you have worked with elephants, that they continue to amaze and bring such joy. Tonight Maia was fed on one side of the property, while we searched for Guida on the other. After about 15 minutes with Guida, Maia showed up to join us.

While this may not sound very exciting, when we were in Tennessee, the girls would ‘lose’ each other somewhat regularly. Winkie would lose Sissy out in the habitat, come back to the barn for help, and we would have to ride ahead, find Sissy and lead her back in the direction Winkie was in. They would have a huge party when they met back up with lots of vocalizations and touching.

Shirley would lose both Jenny and Bunny, and have an edge of panic and approach humans for help. Sometimes they weren’t that far away, yet the elephants seem to have forgotten that they can communicate for miles if they simply tried. On occasion Jenny would cry out like a baby to Shirley and Shirley would come running. But mostly they seemed to forget they could do a better job at finding each other than we ever could.

Tonight, we had driven to almost every corner of the habitat before finding Guida. The four wheeler had been shut off for some time, and we were just quietly watching Guida eat, giving her a once over to make sure all is well and enjoying our quiet elephant time. After a bit, you could hear Maia heading in our direction. She’s not usually gentle or stealthy, she walks through things, not around them. Maia reached Guida and first checked to see if she had any food left and then decided to stay to graze and pick at palms.

Maia wasn’t searching for Guida, she was heading in a straight line to her from the nearest road. She clearly knew exactly where Guida was. It’s nice to see these girls more in touch with some of their elephant qualities than the girls in the US. On certain days it may mean that Guida has to share the last bits of her dinner, but it’s great to see them more connected to what is supposed to define what an elephant is.

Your ticket for the: Maia and Guida: They Bring Such Joy

Maia and Guida: They Bring Such Joy