Lady Is in Her Bushes 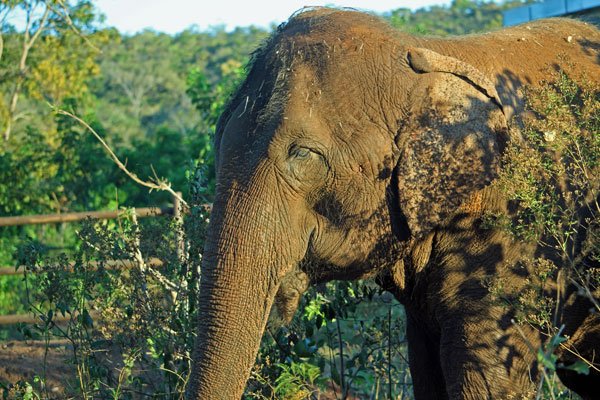 After Lady’s arrival, one of the first things she did in the habitat was to stand in a clump of bushes and have a party of one. It was the first time she had access to shrubs (or trees) for at least six years, and it was a pretty cute reaction. She would kick them and vocalize – Kat referred to it as “fighting” with the bushes.

Almost nine months later, standing in bushes is still one of her favorite places to be. There’s an area of Yard 4 (near Yard 3) that is very scrubby. She loves to walk in the middle of it and stand contentedly. When she’s there, we find ourselves saying, “Lady is in her bushes” rather than “Lady is in the bushes.” It’s a frequent stop for her on her way to anywhere in Yard 4, including the pond.

She seems to prefer bushes that are just a little bit taller than her. It’s not the shade – we have many forested areas with better shade (and the cooler temperatures that come with a better canopy). She likes to touch them, but she also seems to like it when they touch her body. It appears to be tactile for her.

As a protected contact facility, unless the elephants are already standing along a fence, we don’t feed their meals exactly where they are. We will make sure they are heading toward the 4wheeler; then, we will set down their dinner and drive further away. They will walk up to their dinner and start eating. This technique keeps us a safe distance from them in the habitat, but it also means that we frequently choose a spot to feed the elephants. If it’s the rainy season and the sun is poking out, we try to feed them in the sun. In the dry season, when there is too much sun, we try to feed them in the shade.

With Lady, we try to feed her in the bushes when possible. When we can find a conveniently located dense spot, we feed her so that she can eat with bushes touching all four sides of her body. It’s something that seems to resonate with her, and, as everyone knows by now – nothing makes our team happier than making the elephants happy. 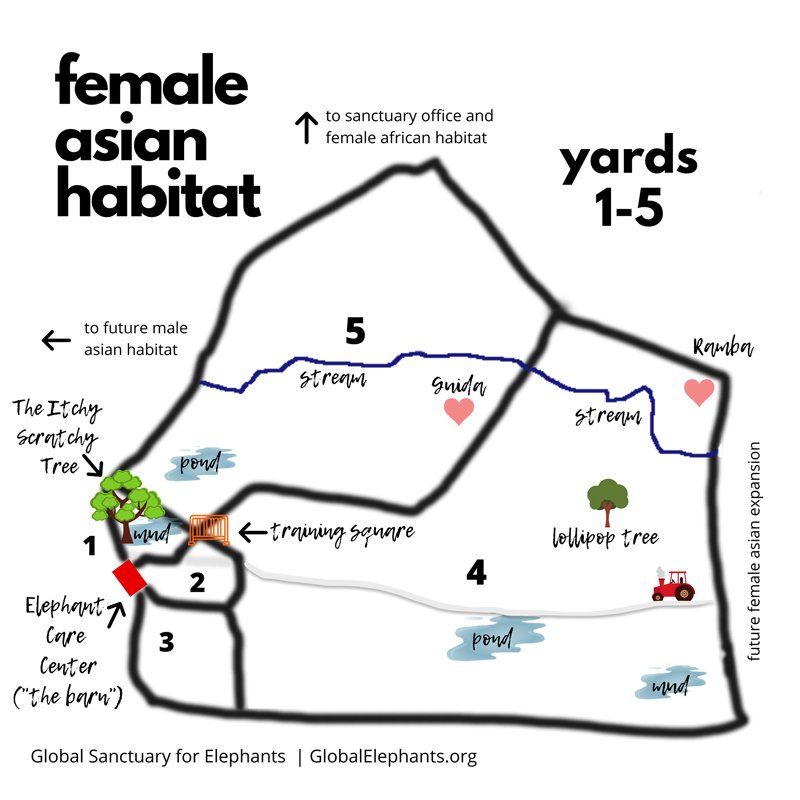 Your ticket for the: Lady Is in Her Bushes

Lady Is in Her Bushes