It’s Not All Easy, But It’s Worth It For the Elephants 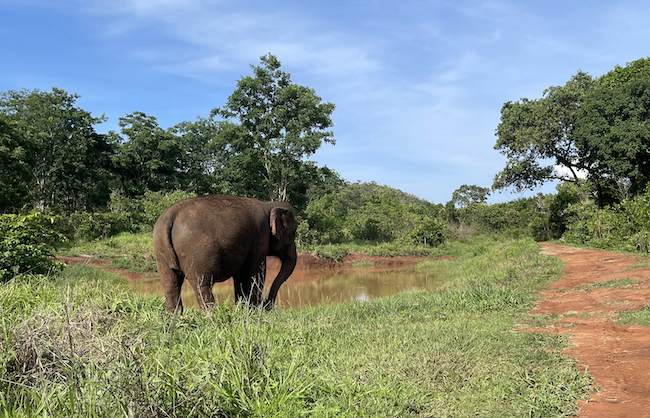 The journey to establishing Elephant Sanctuary Brazil hasn’t always been smooth, but we went into this experience with our eyes open and the knowledge that many roadblocks may lie ahead. Still, once we learned about the need for sanctuary in South America, we felt that, out of respect for the elephants who had shared so much with us in the past, we needed to honor their sacrifices and wisdom. Our hearts led us on the pathway to what is now ESB.

Since our earliest days, we have worked closely with state and federal environmental agencies SEMA and IBAMA to ensure that Elephant Sanctuary Brazil is the best possible place for captive elephants in need of relocation. We aim to be transparent in our actions with all agencies, organizations, and with you, our supporters, at all times – including when complications arise.

In the past, when there was controversy about Mara’s health and her alleged death (including a doctored photo of a dead elephant purported to be Mara), we acknowledged the rumors and produced live videos to show that she was alive and doing well. We assumed our efforts would put an end to these false accusations, but recently an official complaint was filed against Elephant Sanctuary Brazil, claiming that Mara was deceased and that our other elephants were diseased. As a result, both SEMA and IBAMA made official visits to the sanctuary to ensure the elephants were in good health.

SEMA did a thorough investigation, looked over the elephants and other parts of the sanctuary, were satisfied that Mara was indeed alive (and charmingly demanding as usual), and that the rest of the elephants were well. IBAMA dealt with the official complaint against us. Their visit was detailed and they spent a good amount of time at the sanctuary. We shared the elephants’ medical records, bloodwork, and other test results with them in good faith, and they were comprehensive in their analysis. The representatives looked at the elephants, evaluated what they saw and the information provided to them, and produced a 117-page report that included observations, photographs, labwork, necropsy reports – ultimately concluding that the complaint had no validity. We are not aware of any delays in our efforts to move other elephants as a result of these inquiries.

Global Sanctuary for Elephants and Elephant Sanctuary Brazil exist to provide elephants with the best life possible in captivity, so we welcomed the regulatory agencies and were more than happy to have them spend the day with the elephants – overseeing our processes, observing how they looked, moved, ate, and socialized. We are appreciative that the agencies would take extensive efforts to ensure the elephants are well cared for, as that should be everyone’s ultimate goal. It is unfortunate that even when all parties involved – the sanctuary, government agencies, ecoparques, and supporters – are working together toward a positive result, there are others who choose to put their own agendas before the well-being of the elephants. At this point, we hope that these official visits will diffuse the efforts of those who are spreading misinformation about the reality of Elephant Sanctuary Brazil and what it means to elephants who already and will in the future, call it home.

Each elephant deserves a life of freedom, respect, and autonomy, and we believe that ESB is best equipped to provide for their futures. Please be assured that everyone involved in the movement of elephants to ESB, including the transport of the elephants currently in Argentina, continues to work together towards this brighter future. We are hopeful and excited to welcome new residents to ESB and look forward to sharing more news with you soon. Thanks to each of you for your unwavering support and your belief that elephants deserve true sanctuary.

Photo of Maia in her lush Brazilian home

Your ticket for the: It’s Not All Easy, But It’s Worth It For the Elephants

It’s Not All Easy, But It’s Worth It For the Elephants