How Meaningful Their Relationship Was 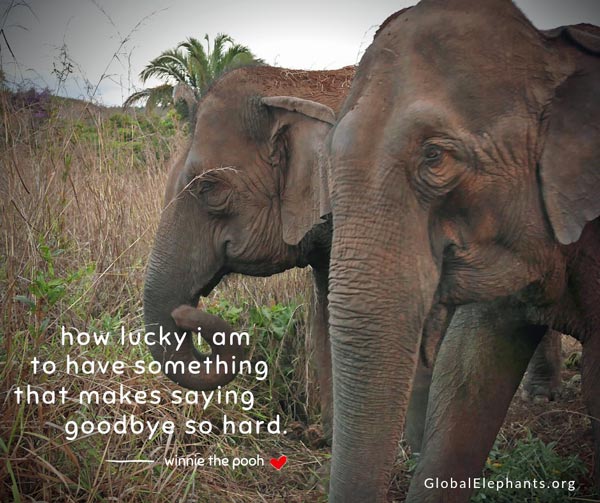 Maia is doing ok considering she just said her last good-bye to her best friend yesterday. Her mood is somewhat what you would expect, but better than we hoped. In her past, before coming to the sanctuary, Maia’s response to any strong emotion was anger. Her lashing out was a possibility, but she has been soft and quiet.

This morning she was affectionate and seemed appreciative of human interaction, but not needy. At times she looks like she may need or want Rana but neither appear quite ready. They will cross paths and have very brief exchanges, but then one will go on their way. That being said, Rana has been staying close and not wandering off, just a rumble away if needed.

It’s hard to watch Maia as she seems a little lost, emotionally searching for something that is no longer there, but the pain is only because of how meaningful her relationship with Guida was. After decades of them having a fairly terrible relationship with each other, they made up for it in the nearly three years they had at Elephant Sanctuary Brazil. They grew exponentially with each other’s support, and it was beautiful to watch. It was a gift to see that sanctuary allowed them to leave their past behind and learn to trust and love each other. So while it is sad to see Maia missing her friend, the comfort is knowing how special their relationship was and the depth of joy it allowed both of them to experience.

Your ticket for the: How Meaningful Their Relationship Was

How Meaningful Their Relationship Was