How Elephants Deal With Loss 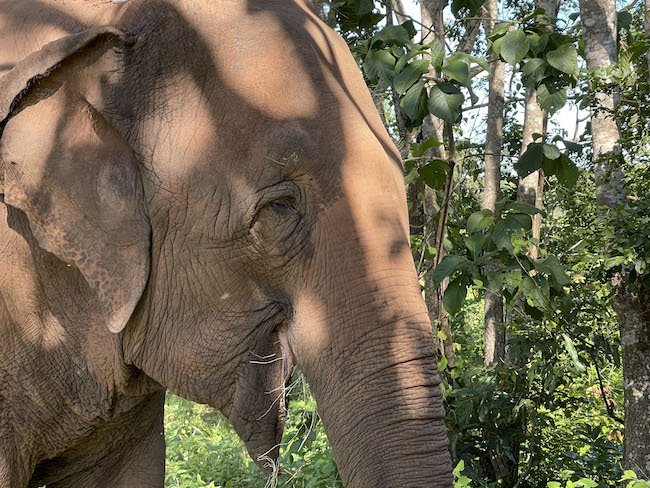 Because of recent discussions on Mara’s health, some questions arose on social media about what it means when elephants who are bonded lose a friend and the mental toll it might take on them after that loss. Of course, we will never know the emotions each individual experiences, we can share what we have observed about elephant behaviors in the past.

Over our years of caring for elephants in the US and in Brazil, we have seen a number of sanctuary residents get sick. There are exceptions, but we often let them go through the natural process of dying. In the past, we have worked with elephants who seem to understand what is happening to them long before they exhibit any physical symptoms of illness. Some elephants appear to encourage those who are close to them to strengthen relationships with other elephants. This transition period might mean subtly stepping away from their friends and leaving them to bond and spend time with others. We have seen this happen multiple times. Of course, this is something we mostly realized in hindsight – but it shows the knowledge and sensitivity that elephants have that we do not. Looking back, we believe we have witnessed that some elephants appear to only find comfort in leaving once their closest friend has truly bonded with another.

Elephants in captivity don’t have natural lives, and they often don’t experience natural deaths. In our experience, elephants who have lived in captivity, without the companionship of other elephants, or have watched other elephants come and go, appear to experience sadness, or at least confusion, with their first experience of loss of a herd member; it’s simply not something they have seen before. After that, they present as having a better understanding of the life cycle and a more natural dying process.

Among our elephants, Rana has experienced loss twice – first with Guida and then with Ramba. Though she was not as close with Guida as with later elephants, she still felt the loss. Rana was very close with Ramba, and we saw the impact Ramba’s passing had on her. These could not have been easy lessons to learn, but it has certainly made Rana one of our kindest herd members; she is a chameleon of sorts, adjusting her behavior and becoming the kind of friend that each fellow elephant needs in a specific situation.

For this reason, she likely has a much better awareness of death than an elephant as inexperienced as Bambi does. We have already seen her communicate with Bambi in some way when Mara was down last month. Rana appeared to have a calming influence on Bambi, who seemed a bit anxious. Rana would come in very close and get face-to-face with Bambi, just standing there. There was surely some communication that we could not perceive, but we ultimately saw Bambi exhibit more relaxed behavior after these moments. Rana may be helping her understand illness, aging, and even death.

We care deeply and worry about all of our elephants; that comes along with accepting responsibility for their wellbeing. But, based on experience, we do not worry that our elephants will be permanently damaged by another’s passing. They will each grieve in their own way, just as we humans do – often better for having been blessed to know these irreplaceable friends. The cycle of life impacts us all.

Your ticket for the: How Elephants Deal With Loss

How Elephants Deal With Loss