Argentina Elephant Update and How You Can Help! 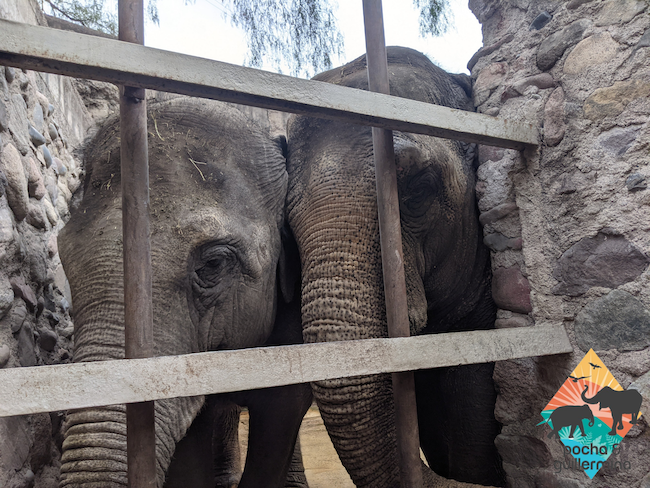 Many of you know that almost all elephant rescues have hurdles to overcome, and the Argentinian elephants have faced their fair share. We never know exactly what path an elephant transfer will take, and that requires us to be flexible and determined. Today, we are working to overcome an unexpected complication, but it’s just another step in a delicate process we are resolved to follow through with. But one that we would like your help with.

In February, we made you aware of a recent investigative visit to the sanctuary. Our policy is to treat all inquiries as though they are coming from a place of concern for the future of elephants at ESB, which is why we welcomed IBAMA, SEMA, and a team with the Argentinian Minister of Environment and Sustainability; we should note that this team did not include any biologists or a veterinarian with large animal or elephant experience. Unfortunately, it doesn’t seem that this visit was made with the best of intentions, but rather was an effort to discredit ESB. Recently, the minister’s office published a report filled with untruths that are easily disproved.

It is now the belief of several involved parties that personal interests are involved in delaying the move of Pocha and Guillermina, and any future elephants that could come from Argentina. The same governmental office that objects to elephant transports to ESB recently gave the equivalent of $200,000 US dollars to a “sanctuary” in Argentina – specifically mentioning on the government website that the funds would go towards construction of facilities for elephants – even though the last remaining elephants in Argentina are all slated to come to ESB. Both the Mendoza and Buenos Aires ecoparques were approached by this “sanctuary” and given proposals for the relocation of the elephants to their facility; both ecoparques declined, as they believed that ESB is the best possible home for the elephants. Despite the attempts at interference, the ecoparques, government officials, and all other parties involved in the relocation of the Argentinian elephants to ESB remain committed to the original plan.

Yesterday, the Argentinian government discussed bringing an action to a judge, stating that Argentine elephants should not be relocated to Elephant Sanctuary Brazil, as they claim that we are a breeding facility due to our official classification. As you know, we are not a breeding facility, and unfortunately a classification for sanctuaries does not exist in Brazil. Our official paperwork from SEMA states that we do not allow breeding, something that both IBAMA and SEMA told the visitors directly during the ministry team’s visit to the sanctuary when they asked about our classification. Additionally, as one of three elephant sanctuaries in the world accredited by the Global Federation of Animal Sanctuaries, captive breeding is not permitted.

We are actively working to denounce the legitimacy of these complaints. However, there is no one who can approve Pocha and Guillermina’s transport other than the Minister who seems determined to stop it. To date, we have tread lightly in an attempt to maintain a positive relationship with his office. Unfortunately, it has been made clear that, no matter what we do, no matter the expertise we bring, and no matter what ESB can provide these elephants, there are people who will always place personal interests above the best interests of the elephants, who they did not show any interest in “helping” until they were to be relocated to a sanctuary outside of Argentina.

All of us at Global Sanctuary for Elephants are committed to doing everything we can to fight for the rights of all elephants and we WILL NOT give up on the hope that we can assist any elephant in Argentina. We are sharing a petition, which includes the Instagram and Twitter page of the Minister, that we hope you will sign, and pass along to all other animal lovers you know, so that we can show that the number of people who want what is best for them, and know they are worthy of a life at a true sanctuary, is great. Help be a voice for the future they deserve.

Photo of Pocha and Guillermina at the Mendoza Ecoparque

Your ticket for the: Argentina Elephant Update and How You Can Help!

Argentina Elephant Update and How You Can Help!