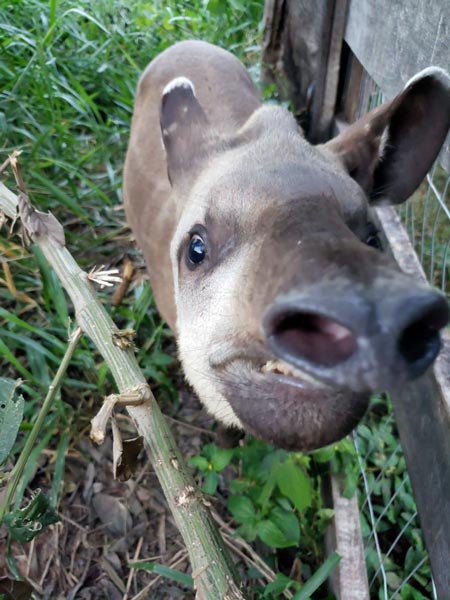 Happy World Tapir Day from us and George!

George is a rehab/release tapir that is ready for his next phase of release. Next week he will be closed out of his smaller yards and only have access to his two-acre yard (he has had access to it for several weeks now). He will spend a short time there, and if all goes well, the yard will be opened up to the rest of the property.

Everything is individual, and although we have plans, just like the elephants, the tapirs determine how it goes. Previously we have released 4 other tapirs, who we see now and again. They are IUCN red-listed. Their population has been decimated by land encroachment, hunting for meat and the pet trade. We are happy to be able to rehabilitate them and release them back into the wild, where they belong. One of the females we released about a year ago may actually be pregnant- or she is getting very fat.

You can learn more about our rehabilitation and release program → here.

Your ticket for the: Happy World Tapir Day!