Guille Gets Frightened By Birds 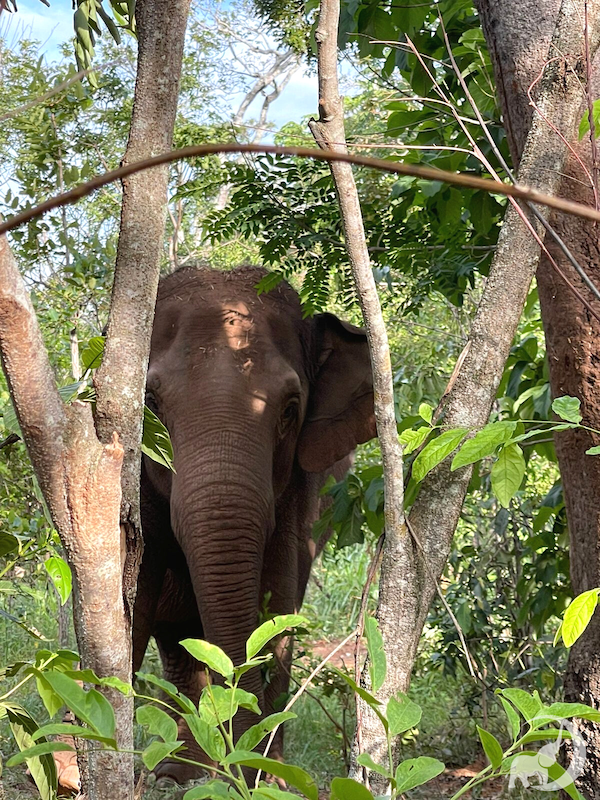 Recently we wrote about the birds that follow the girls around, eating the bugs that circle the elephants’ feet. It seems that Guillermina hasn’t yet gotten used to them being around yet, because they still have the ability to give her a momentary startle.

During the afternoon, she was doing training with Scott along the fence line and was very calm until one of the little black birds caught her eye and surprised her a little. She was focusing on Scott and didn’t appear to see the bird in the grass behind her. Once she knew it was there, she spun around and ran up the fence line, about 40 meters away, and let out a big trumpet.

Guille looked back at the birds, now in a playful mood. She returned to the fence and was very good about continuing her training, letting Scott work with her on things they hadn’t done before.The birds were still around but, now that Guille knew they were there, she stayed relaxed. She seems like she’s not fully used to things being at that level, which is understandable since, in her past, there were no things around her feet. Sometimes when she sees things down low, it appears to catch her off guard. But she’s analyzing the world around her more now and settles more quickly when new things arise.

Photo of Guille in the trees

Your ticket for the: Guille Gets Frightened By Birds

Guille Gets Frightened By Birds