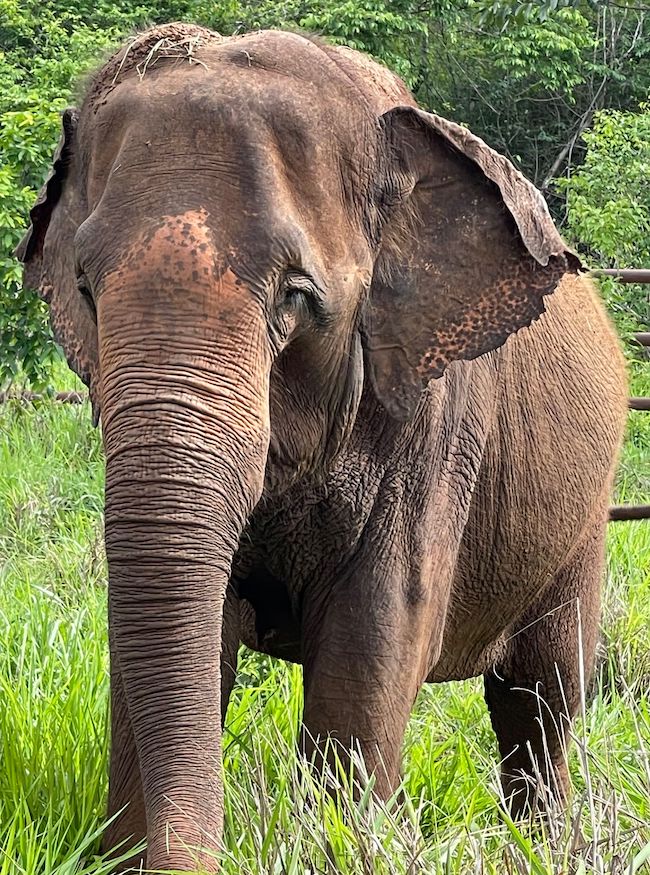 Rana and Bambi have been exploring together near the creek in Yard 4 more often, especially now that it’s the rainy season and the grazing is particularly good there. Lady, Maia, and Rana have always seemed to love it across the creek, but for some reason it hasn’t appealed to Bambi and Mara as much, until Bambi’s recent curiosity emerged.

When she first arrived at sanctuary, Bambi appeared a bit concerned about going up and down the inclines that lead into and out of the creeks. These days, she doesn’t seem to take pause before walking right over. But Bambi and Rana went exploring by the creek last week, Mara called Bambi back pretty quickly, and she happily returned to her friend.

A bit later in the afternoon, Rana and Bambi had crossed the creek together again, grazing with each other for about 45 minutes – but then Mara began calling the two of them back yet again. As expected, Bambi dutifully returned to her friend, but Rana seemed to pay no mind to the commotion. Mara squeaked a bit more, but Rana knew her friend was just fine and decided to keep grazing instead. She stayed there for about another two hours on her own. Rana certainly loves her friends, but seems to sense when she’s really needed and when Mara is just having some fun.

Photo of Rana in some nice, fresh grass

Your ticket for the: For Rana, Sometimes Grazing Wins the Day