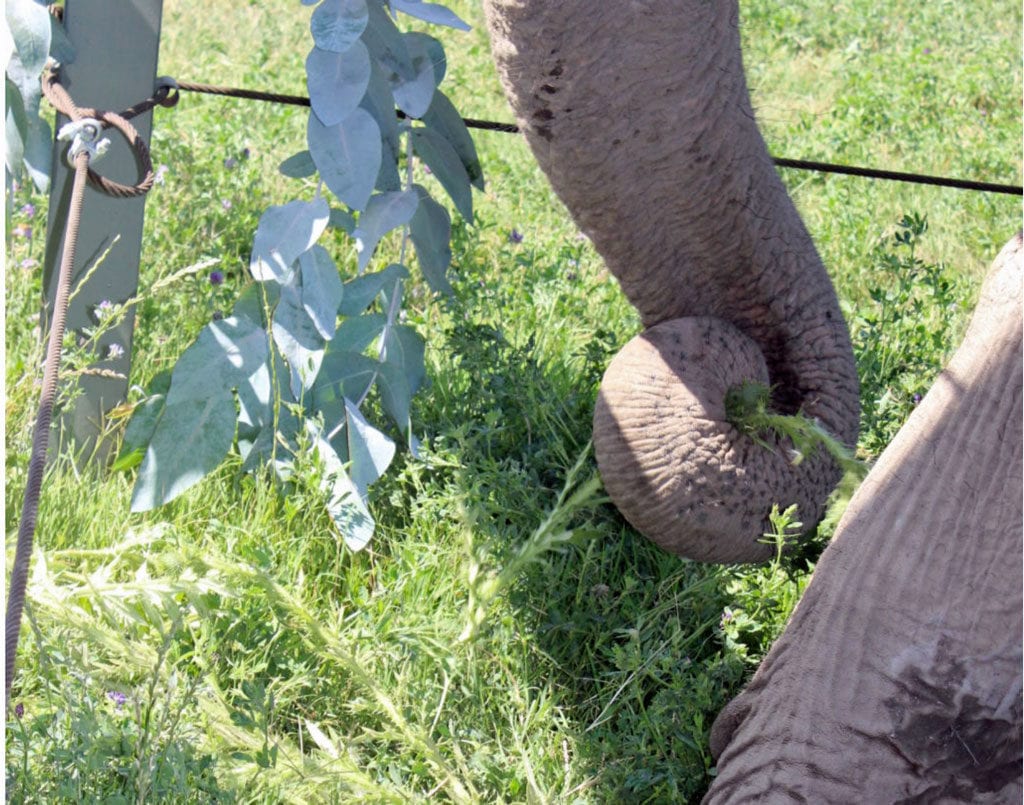 One of the questions we often get asked is, “Are there toxic plants on the property and how do you protect the elephants?”

In a region like Chapada dos Guimarães, which is one of the 35 places on the planet that supports the most varied and abundant forms of animal and plant life, it is inevitable that toxic plants will be found. But it’s important to keep in perspective what this means in general and to the elephants. First, it is imperative to note that simply because a plant is toxic does not mean that it will kill and there are of course vastly varying degrees of toxicity. For comparison some poisonous snakes have the potential to kill a person, but wasps and bees are also poisonous and with the exception of people who are allergic, wasp stings are rarely problematic. It’s also pivotal to consider that a plant that is toxic to some animals may actually have medicinal effects for others. One simple example is that captive elephants have been known to eat poison ivy, not just a little bite, but devouring entire vines, leaves and even digging up the roots. To most people this would have cause a horrific rash, become systemic and potentially cause a strong enough histamine reaction to trigger a multitude of symptoms that could lead to death. To the elephants, there was no rash and no ill effect at all, but we did observe that the swelling from their mosquito bites were suppressed and that arthritic elephants seemed to eat it most often. 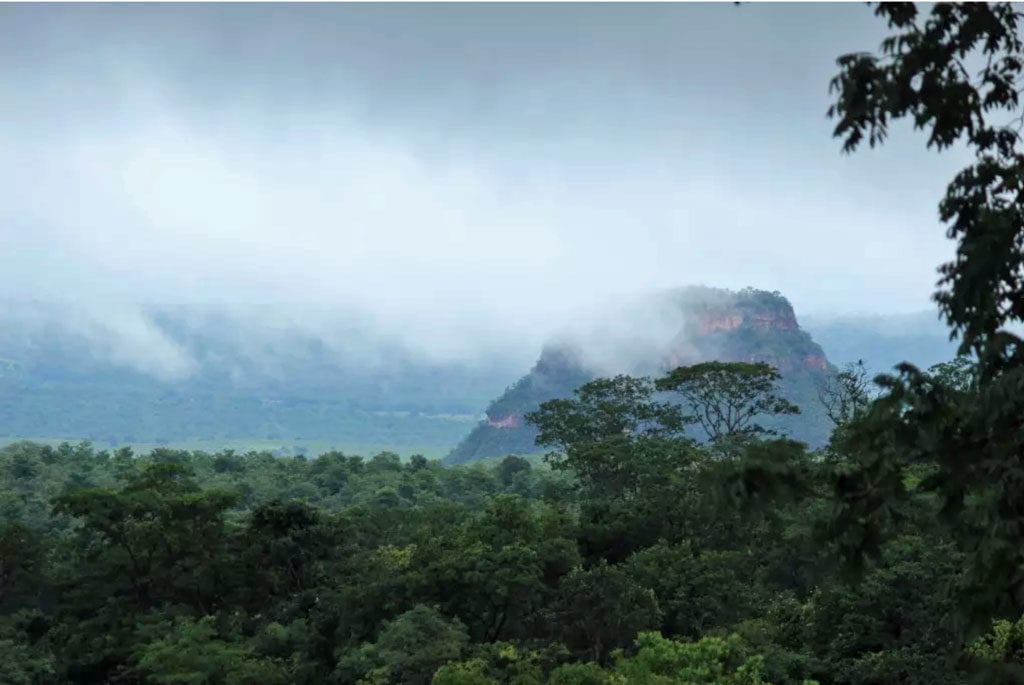 Recently during a visit to the sanctuary farm, Santuário de Elefantes Brasil president Junia Machado, recognized a toxic plant, Solanum aculeatissimum- locally called Juá, and asked us about this due to it’s potentially deadly impact to most farm animals. This plant is toxic and can cause mortality, but it is typically avoided by livestock because of it’s bitter taste. In general it is only problematic when vegetation is sparse, frequently caused by overgrazing or severe drought. Literature on this species of plant suggest that large volumes need to be ingested before they symptoms are observed. It’s also important and interesting to note that this same species is used for medicinal remedies because of it’s antibacterial properties. Presently there are many cows in the pastures on the property who simple graze around the bitter juá. 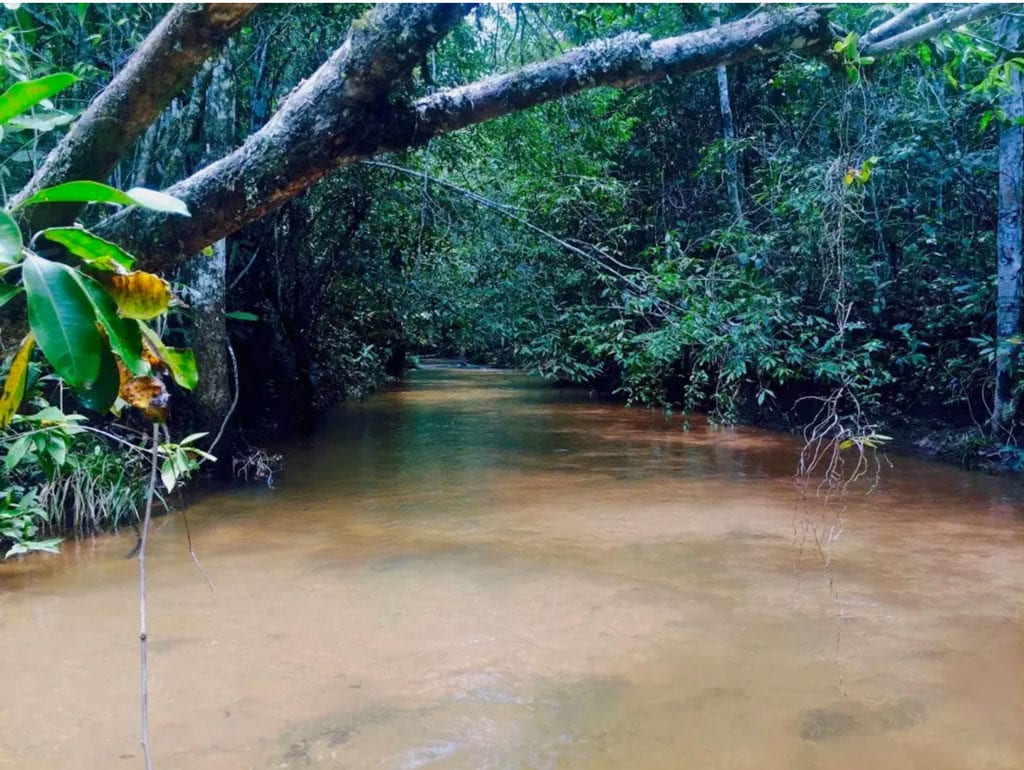 At one of our model sanctuaries in Tennessee, there exists a similar species Solanum carolinense –locally called Horsenettle. This has similar toxic effects and at the sanctuary there were initial concerns because of the warnings we received about its toxicity. It was observed that the elephants would simply graze around these toxic weeds, picking the grass and leaving the plant. On the rare occasion when a piece of the horsenettle was selected with the trunkful of grass, they would either leave the trunkful of grass to the side and begin the selection over again, or they would use the ‘finger’ at the tip of their trunk to remove the horsenettle and consume the grass. Even if they did eat some leaves, berries or even an entire plant, there would not be a negative impact, aside from the bitter taste, as they would need to eat numerous plants before it would be potentially problematic.

Although elephants are not native to Brazil, just as they are not native to Tennessee, they seem to have an instinctual understanding of harmful and beneficial plants. On numerous occasions, we diagnosed ailments based on our observations of them eating odd plants. Given that most of these elephants were captured from the wild at infancy, long before their mothers would have had time to teach them about what not to eat, it begs the question- how do they know?

The biome of the cerrado, the Brazilian savannah, is known for its rich biodiversity including a notable percentage of medicinal plants. When elephants arrive and as we observe their use of these plants, we’ll be certain to let you know. Is it a random discovery? Do they somehow “just know?” Do they pass what they learn to one another?

Sanctuary offers an opportunity for them to explore and learn, some will certainly eat something that doesn’t respond well, some will overindulge on irresistible fruit and wish they had stopped before they were too full and others will be resistant to try anything new. For all of them this is a discovery of life and the freedom to explore the world within which they live.

Your ticket for the: Elephants and Toxic Plants