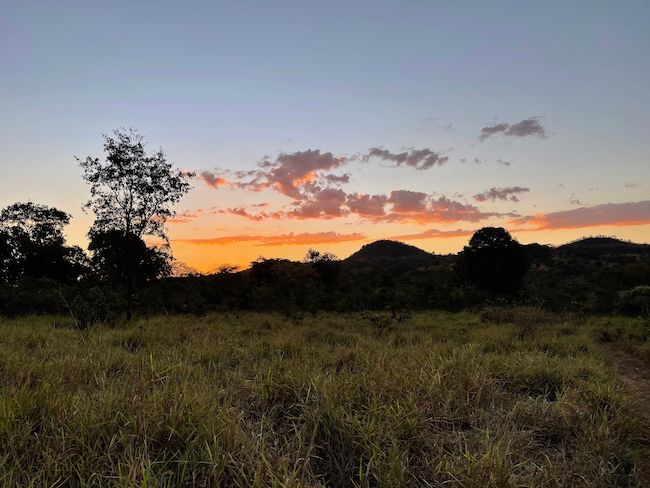 Over hundreds of years there have been legends of mysterious places where elephants travel when it is time for them to die. Some folklore even says that this magical spot calls to dying elephants as they search for a final resting place. For years, explorers searched for such a location, hoping to find grounds scattered with valuable ivory, but no one has ever actually found the supernatural site. So is there such a thing as an elephant graveyard? The answer is: maybe…

Elephants often follow the same migration routes over the course of many generations and know the surrounding lands well. Entire herds who haven’t eaten for a while may go to an area with a known source of food and water. Those who are injured or tired may seek out a location where they can rest and easily access necessities. Places like this are likely not chosen as a location to die; rather, they are more likely picked because they offer the best chance for survival. Unfortunately, in some cases, this attempt to survive isn’t enough to serve an entire herd, resulting in a few bodies congregating near one another.

For senior elephants, over time, factors like diet, injury, or simply old age could result in a natural death. This may be particularly true for older elephants who have worn down all of their teeth. Because this spot is known well by many elephants as a place that is well suited for rest and recuperation, one may eventually see a concentration of bones in and around this specific area. However, the fact that these groupings occur organically, rather than supernaturally, doesn’t make them anymore powerful or, for some, spiritual.

We have noted before that elephants could possibly get a sense that they will pass away soon – but this is based on observations and not proven fact. Even if an elephant were to somehow begin preparing friends or herd mates for their eventual passing, there is no sign that the individual might be drawn to one particular final resting place.

Though elephants may not return to a mythical spot to mourn their dead, the reality of their emotional experiences surrounding another animal’s passing is no less special. Studies have shown that there is no evidence to support the existence of an “elephant graveyard,” but the idea of its existence persists – and perhaps for good reason. Elephants are known to show deep levels of mourning after a loved one dies. Individuals may stop to spend time at a loved one’s final resting place on many occasions over the years. Some may come upon remains of other elephants – whether they were part of their herd or not – and stop to interact with the bones of the deceased, sometimes even pausing for a few moments, perhaps as a way to honor them.  While there may be no literal magic surrounding an elephant’s death, the animals’ capacity for profound love remains.

Your ticket for the: Elephant Myths: True or False – Are Elephant Graveyards Real?