EleFact Friday: When Do Elephants Sleep? 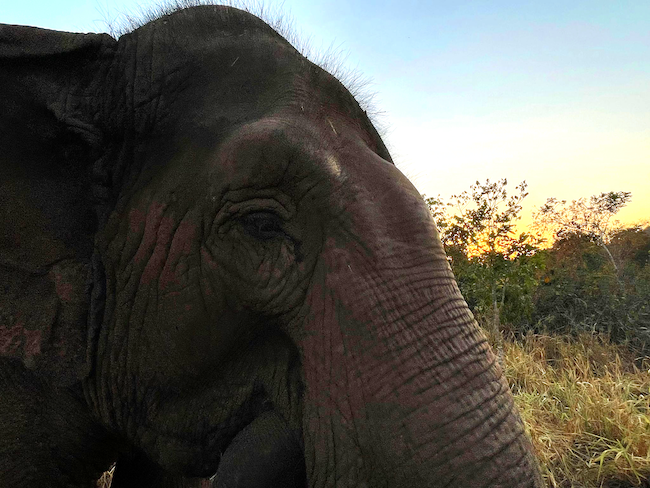 Happy EleFact Friday. We’ve talked about elephant sleep habits before, and how existing in a sanctuary or the wild can affect elephants’ sleep behaviors.

Generally, elephants are labeled as “diurnal,” meaning that they’re awake and most active during daylight hours. However, research has shown that this classification is not black or white, and that elephants can often change their sleep habits based on their surroundings. Wild African elephants studied by Dr. Joyce Poole appeared to be slower moving during the day yet, at night, they were quickly relocating and moving. This is likely due to them moving through areas of high poaching, meaning the elephants may have felt safer when traveling during the night. Wild African elephants have also been found to behave more nocturnally when living near villages and farmland.

It’s also true that during the hottest seasons and parts of the day, elephants are less active, changing their daily habits and when they sleep. Animals that are more active during the dawn and dusk hours are classified as “crepuscular.” Elephants can be found actively relocating and exerting the most energy during these hours, particularly when temperatures are increasing.

To read more about Dr. Poole’s research, you can visit the link here.

Your ticket for the: EleFact Friday: When Do Elephants Sleep?

EleFact Friday: When Do Elephants Sleep?