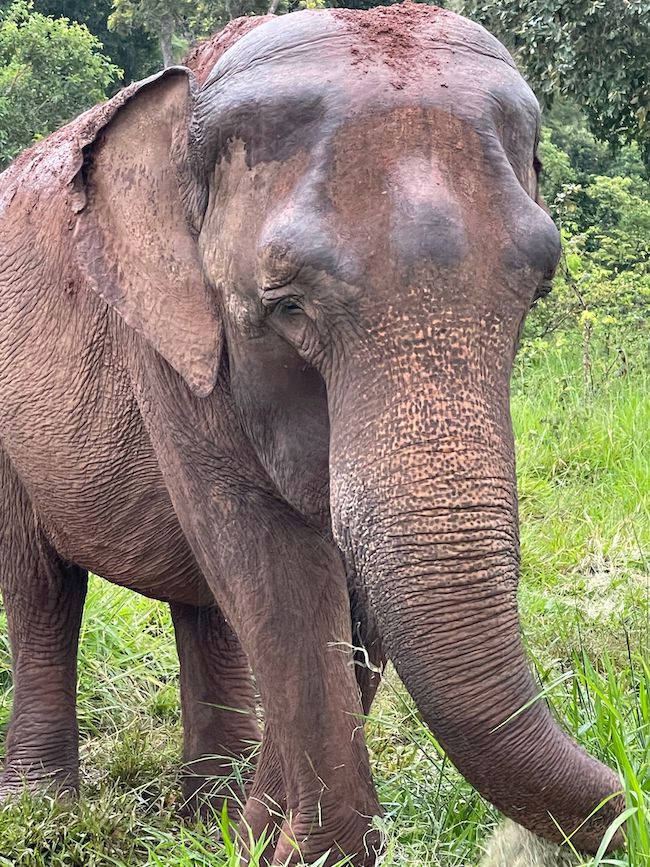 We recently shared a slow-motion video of Alma the tapir snacking and received a few questions about her relatives in the animal kingdom. Surprisingly, tapirs are more closely related to horses and rhinoceroses than elephants, despite the similarity in elephant and tapir noses. For today’s EleFACT, we wanted to talk about another, perhaps lesser known, relative of the elephant: the manatee.

Many would think that manatees are more closely related to sea lions or dolphins than they are to elephants; but both are actually classified as subungulates, like hyraxes (which we have shared about before) and aardvarks. The shape of both the manatee and elephant heart is quite uncommon and more spherical, rather than what we know as the typical “heart” shape. The skin on both mammals is thick and gray, with very sparse hair, and manatees have two incisors that look similar to the tusks of African elephants. Manatees experience hind molar progression, meaning that their teeth are constantly moving forward, breaking off, and are restored by those at the rear, which is similar to the hypsodont teeth of elephants. Two types of manatees, the West Indian and West African species, have fingernail-like structures on the tip of their flippers, similar to the toenails of elephants. Both mammals are herbivores, and manatees use their large, muscular lips to break down vegetation and steer food to their mouths, similar to the action of an elephant eating with their trunk.

Photo of Mara after a cool bath

Your ticket for the: EleFact Friday: Unlikely Elephant “Cousins”