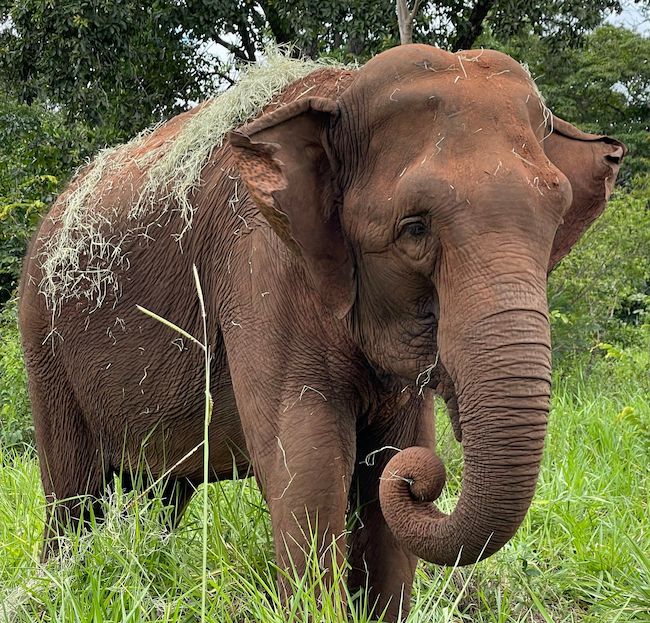 None of us here in the GSE family are strangers to the fact that elephant trunks are capable of some amazing things. From slinging dirt and dust, to aiding in some occasional mischief, the trunk of an elephant is just one part of what makes them incredible animals. Recent research has proven this fact and shown us how true it really is.

Researchers at the Bernstein Center for Computational Neuroscience in Berlin have recently discovered that the nerve bundle in the trunk of an elephant is one of the largest known structures of its type in the entire animal kingdom. By studying the trigeminal ganglion, which is a network of nerves in the trunk that extends into the elephant’s face, the team found that each structure weighed approximately 50 grams, and that elephants have 2 separate bundles of these nerves. For reference, our retinas weigh only about .3 grams. These elephant ganglions are composed of approximately 400,000 individual nerves, more than anyone had ever predicted before. The main nerve in the trunk is approximately three times the thickness of their optic nerve. Historically, scientists have found that optic nerves typically have far more neurons than nerves related to touch because the visual system is thought to be more complicated. However, this thickness points to how much information can be carried by the neurons and how precise the trunk’s touch system may be.

This study is quite eye opening for the research world and suggests that the trunk of an elephant may be among the most sensitive body parts in the entire animal kingdom.

Photo of Bambi and her lovely trunk, holding a single piece of hay

Your ticket for the: EleFact Friday: The Sensitive But Powerful Trunk