EleFact Friday: The Role of a Matriarch 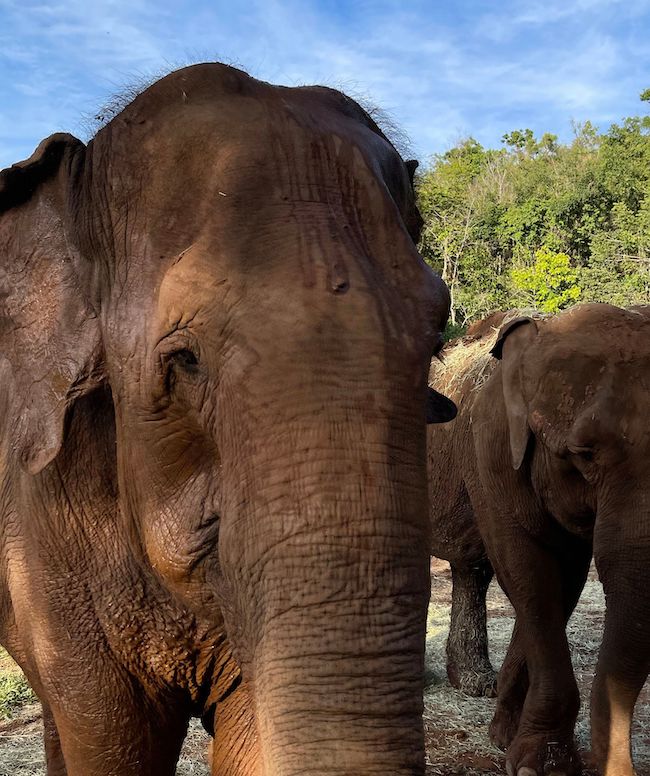 Our last few EleFACT Fridays have been about male elephants, so this week we’ll be focusing on matriarchs and their leadership status within the elephant herd. It can be said that the matriarch of a herd takes on the most important role of the family structure; she is often the oldest and largest adult female member of the family. Other members of the herd may orient themselves around her and pay close attention to her leadership in moments of crisis and change.

Matriarchs have been described as aggressively dominant, or acting more as authoritative figures within the herd. Research finds this to be largely untrue, as many take into account the suggestions of other elephants within the herd, though ultimately the final decision will almost always be hers. Most successful matriarchs are not self-appointed females who force their way into the position, but are instead chosen by other members of the family – often because of her age and/or perceived wisdom. She is respected, and has proven to her herd that she can be trusted to make the best decisions for the family. The best matriarch is able to show compassion and care for all members of the herd, not just the calves or other adult elephants that she’s directly mothered.

Our herd here at Elephant Sanctuary Brazil does not have a true matriarch. Many people believe that Rana would make an ideal matriarch in a natural herd situation, but here at sanctuary she has quietly taken on the role of a passive leader. Rana, with her malleable  nature, is the elephant who is trusted most by all other fellow residents. She has a calming presence about her, but can also lighten the mood, and frequently seems to have the well-being of the other elephants in mind. Her special qualities are noticed and appreciated by both humans and elephants at GSE.

Your ticket for the: EleFact Friday: The Role of a Matriarch

EleFact Friday: The Role of a Matriarch