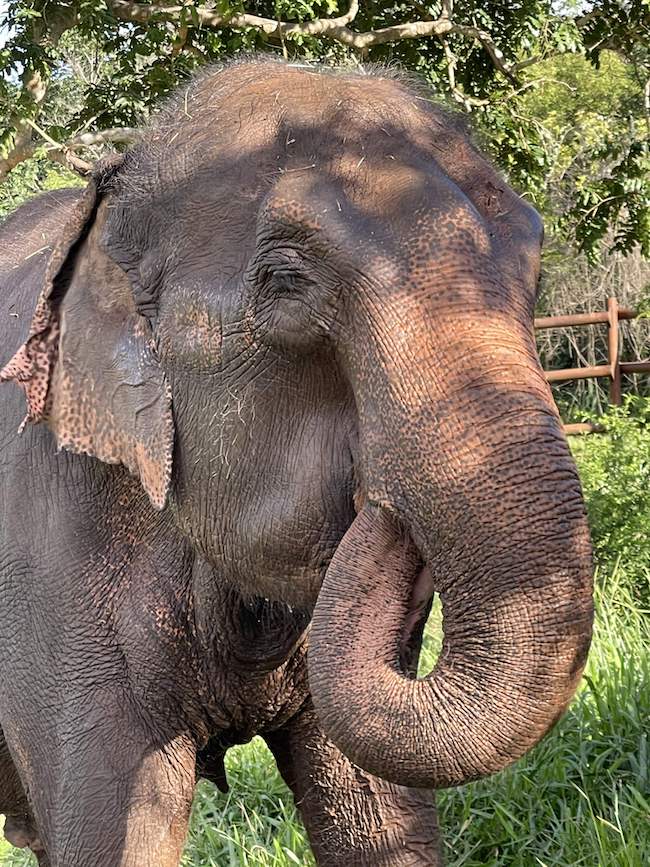 We’re back for EleFACT Friday to talk about elephant brains and what they’re capable of. We know already that elephants are intelligent, but what is it about their brains that contributes to this intelligence and emotional awareness?

Weighing in at over 5 kg (11 lbs), elephants have the largest brains of any living or extinct land mammal. At birth, the elephant’s brain already weighs 30%-40% of its adult weight. Both Asian and Afirican elephants have a very large neocortex, similar to humans, other apes, and certain species of dolphins. The size of the cerebral cortex, which contributes to cognitive processing, is larger than any primate species, and it is suggested that elephants are on the same level of great apes in terms of cognitive abilities for tool use and tool making, and are equal to dolphins in terms of problem-solving.

The hippocampus contributes to the ability to process emotion and memory. In elephants, the hippocampus is very large and much bigger proportionally than in any human, primate, or cetacean. While it is believed the hippocampus plays a significant role in relationship building, recent studies indicate it is increasingly emerging as a part of a ‘moral brain’ as well. Other research shows that chronic stress can cause hippocampus atrophy.

In captive elephants, there are often aspects of behavior that can’t be fully explained, but are linked to a lifetime of trauma. Elephants like Lady, who we know suffered during her lifetime in captivity, seem to get a little stuck when it comes to social behaviors. There is no doubt that trauma affects such emotional beings deeply, but it is also possible that there are also physiological reasons that Lady’s past may impact her ability or willingness to socialize with other elephants in a comfortable way. No matter the reason, that aspect of her is nurtured and loved as much as the rest of her.

There is still plenty of research to be done about the brains of elephants, but it’s easy to see that their intelligence and emotional awareness is deeply rooted in their biology.

Lady and her big brain

Your ticket for the: EleFact Friday: The Incredible Elephant Brain