EleFact Friday: The Brain and Captivity 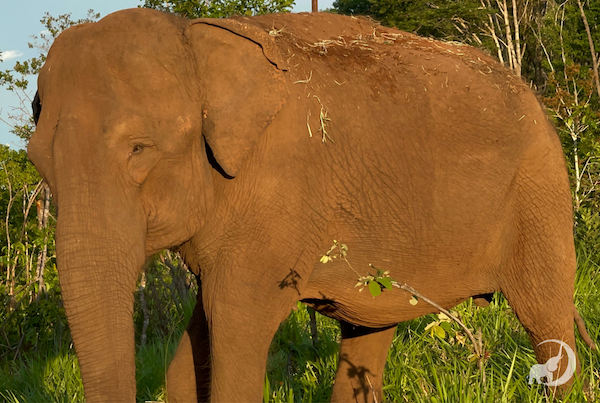 For those who are long time followers of Elephant Sanctuary Brazil, it’s no secret that the animals that come into our care often arrive with physical complications. Things like weight loss, GI issues, foot problems, and skin troubles are common for animals who have spent years in captivity. Emotional compromises like fear responses, aggression, and lack of socialization are some fairly obvious emotional roadblocks that we also witness when welcoming a new sanctuary member, but science is showing that there are emotional distresses that lie deep beneath the surface that can affect elephants and their mental state for years to come, even after leaving horrible captive conditions. For today’s EleFACT, we’ll look at the psychological consequences that large mammals experience when they are removed from the wild.

Extensive research has been conducted on whales, specifically those who are used for ‘entertainment’ purposes, but the same science can be applied to elephants. It has been found that living in confined, barren environments with little to no intellectual stimulation leads to the thinning of the cerebral cortex, the part of the brain involved in voluntary movement and higher cognitive function like memory, planning, and decision making. The capillaries in the brain are shown to shrink, depriving the brain of oxygenated blood flow. Neurons decrease in size and become less complex, impairing the ability for the neurons to work properly. It is theorized that the neurons in captive animals process information less efficiently than animals living in more natural environments.

When living in a setting that prevents the natural, normal behavior that animals instinctively want to exhibit, they become chronically frustrated and bored, which fosters learned helplessness. This negatively impacts the hippocampus, another piece of the brain that handles memory functions, and the amygdala, which aids in emotional processing. Like in humans, prolonged stress levels can elevate stress hormones, damage the neurons in the brain and disrupt serotonin levels.

It’s important to note that these captive circumstances go beyond just an elephant (or any other mammal) feeling sad, bored, or lonely; the overall physical health of the brain as an organ is at risk when animals are kept in these conditions. Giving the elephants a chance to experience sanctuary is our greatest opportunity to promote good health: physically, emotionally, and mentally.

Your ticket for the: EleFact Friday: The Brain and Captivity

EleFact Friday: The Brain and Captivity