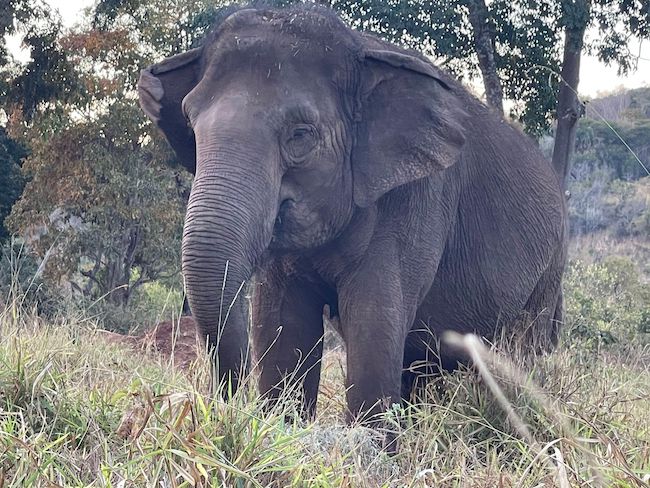 Happy EleFACT Friday. We’ve shared with you about how our elephants react to the cold, but what about their behaviors during the stormy season?

Research has shown that elephants can “hear” clouds approaching and sense when storms are coming. As we know, their large ears are able to interpret sounds that our ears can’t. Elephant ear canals allow them to pick up on infrasound waves, which are much longer wavelengths than what the average human ear can hear. If people could hear these noises, it would sound to us like nothing more than an unremarkable hiss or rumble. But to elephants, these sounds enable them to be sensitive to the movement of clouds. This information helps them decide where to move on the brink of an incoming storm.

A study done in 2015 observed GPS data on elephants in 14 different herds in Namibia for seven years, then compared those data to the start of the area’s rains. In several instances, the GPS data showed elephants in different, but nearby, places moving at the same time, suggesting that each herd was responding and moving in the direction of the infrasound waves from the storm.

Although more research is needed, it’s certainly another example of the extraordinary capabilities that elephants possess to take care of themselves and their herds.

Your ticket for the: EleFact Friday: Stormy Weather