EleFact Friday: Playing It by Ear 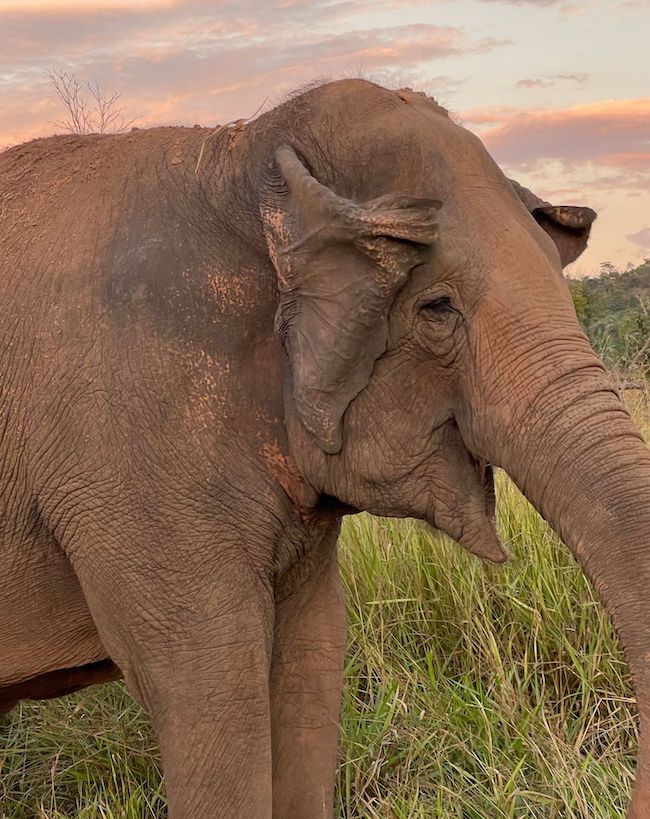 Earlier this week, we talked about the difference between African and Asian Elephants. For this week’s EleFACT Friday, we’re going to dive into one of the major physical differences between the two species: the ears.

The ears of an African elephant are significantly larger than those of an Asian elephant. On an adult African elephant, each ear can measure about six feet (1.8m) from top to bottom and about five feet (1.5m) across. A single ear may weigh as much as one hundred pounds!

The physical difference in the size of the ears between African and Asian elephants is largely based on their geographic range. The bigger ears of the African elephant help to lower their body temperature by dissipating heat, which is necessary in their natural, hotter climate. In videos that we share, you often see the elephants flapping their ears to help cool off. Not only do the ears act as a built-in fan, moving air over the rest of their body, the flapping action also cools the blood as it circulates through the veins in the ears. The blood continues to cool and re-circulate throughout the body, decreasing the overall core temperature of the elephant.


The ears also act as a visual sign toward threats or predators. Should an African elephant feel angry or threatened, it may respond by spreading its ears wide and facing whatever it may perceive as an aggressor. The 10-foot ear span, tacked on to an elephant’s wide body, makes an already imposing animal look even bigger than it may usually appear.

Your ticket for the: EleFact Friday: Playing It by Ear

EleFact Friday: Playing It by Ear